Los Vengadores en Acción (The Avengers in Action) is the name of a popular game show which aired 13 episodes from September to December 2015 on Spanish Disney Channel. Each episode had three family teams compete against each other in a variety of games. The best family had to succeed in one final task to secure the prize.

This last assignment combined physical dexterity with mental skills. While two members of the team had to answer questions and catch puzzle pieces out of the air, the other two members were positioned at a Ventuz powered touchtable which featured an installation developed by the agency MSL. The 60” screen showed a scrambled puzzle which the contenders had to solve. Every puzzle piece caught by the other two players was added to the installation to allow the family to discover the code hidden in the puzzle. If they guessed the right code in under 2 minutes, the game was won.

The show was a great success with the Ventuz installation adding a certain edge of technology to the Avengers theme. 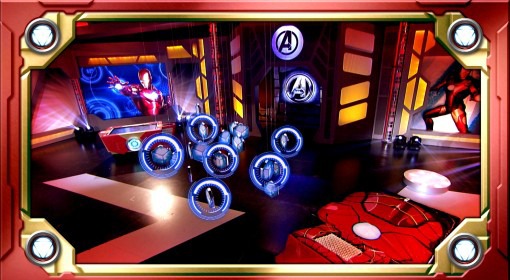