It is the Mount Everest of digital visualizations, a Star Trek-induced childhood dream, the ultimate challenge: the hologram. Although a true hologram has not yet been realized, there are many workarounds and approximations. One incredibly impressive holographic installation has just recently been put into reality by the Russian agency Inty for the Moscow City Government. By using Ventuz, the Inty team was able to design visually stunning content that emanated true plasticity on three image layers.

Inty used the traditional Pepper’s Ghost concept which dates back to the early 19th century, a time in which visual tricks and illusions were en vogue. Pepper’s Ghost is based on the reflection of an image onto glass or foil. Since the transparency of the glass/foil allows the viewer to still see everything behind the reflected image, it appears to be floating in mid-air. An old trick, but with a sophisticated setup, the illusion can be perfected.

“We had worked with transparent foil before and really wanted to experiment more with the technology”, said Alex Volkov of Inty. “The Moscow City Government gave us a lot of freedom for this project, so we decided to focus the entire booth concept on a holographic installation.” The result was a box-like booth with a single small entrance. The enclosed character allowed the team to fully control the lighting situation and thus optimize their holographic illusion.

The setup itself consisted of an LED backdrop wall, three projectors for the floor and an LED wall mounted to the ceiling. The foil was then clamped at the 45-degree angle underneath the ceiling panels and reflected everything that they displayed. To hide the true image source from view, the booth construction included a little ridge in front of the ceiling LED panels. “Usually the image source is embedded into the floor underneath the foil”, explained Alex, “but we wanted to have the audience stand on the same level as the hologram. Putting the hologram on an elevated stage would have weakened the illusion.”

This is especially true if one looks at the purpose of the projectors. On the one hand they gave the opportunity to extend animations from the backdrop wall via the floor onto the holographic foil, thereby transcending from display into holography. On the other hand, they added plasticity to the hologram by providing it with an animated shadow – a simple idea that made all the difference.

In terms of content, Inty was faced with the task to visualize rather abstract topics, focusing on the energy policies of the city of Moscow, such as price optimization and energy convergence. They divided the content into eight segments and used individual design approaches and animations for each. For some segments, facts and figures were shifted to the backdrop wall and the hologram showed 3D models – the floor projectors adding the corresponding shadows. Other segments, spread the visuals across all three layers, creating spacial impressions and 3D animations like bar charts rising from the floor.

With three individual image sources, the content production in Ventuz turned out to be quite intricate. Alex elaborated: “Synchronization was a bit of a problem, not so much in terms of playout, but rather during the design process. We didn’t want to create three separate animation channels. Instead, we created one project with one animation timeline. Ventuz allowed us to add a simple user interface which showed each individual layer plus the entire project in a fourth window. This allowed us to create the content as a whole. With different markers and parameters, we then distributed the content to its corresponding machines.”

Another obstacle on the path to the perfect illusion came through the different display devices. “All displays – backdrop, floor, and foil – had different resolutions and brightness levels. It did take a good 12 hours of calibration on site to make the necessary adjustments.” Inty also installed a touch screen interface in front of the holographic installation. Here, visitors could select one of the eight topics and click through the different animations. To round off the experience, Inty added a custom sound design. Apart from the background music, each event inside of Ventuz fired an individual sound that was connected to an object or animation. This created an audio picture that accompanied the visuals and served for a striking atmosphere.

The project was very successful, and the Moscow City Government fully achieved their goal – to impress the audience and decisionmakers that attended the show while transporting their message. For Inty, however, this project was just another step on their way to the perfect holographic illusion. “To help us with this project, we have created a smaller Pepper’s Ghost prototype”, said Alex. “We are now working on adding physical objects to the setup and masking them out in Ventuz to create the illusion of the hologram moving around the object. A next step will by dynamic masks, which will allow us to bring people into the installation. We are very excited to go into these development phases.” 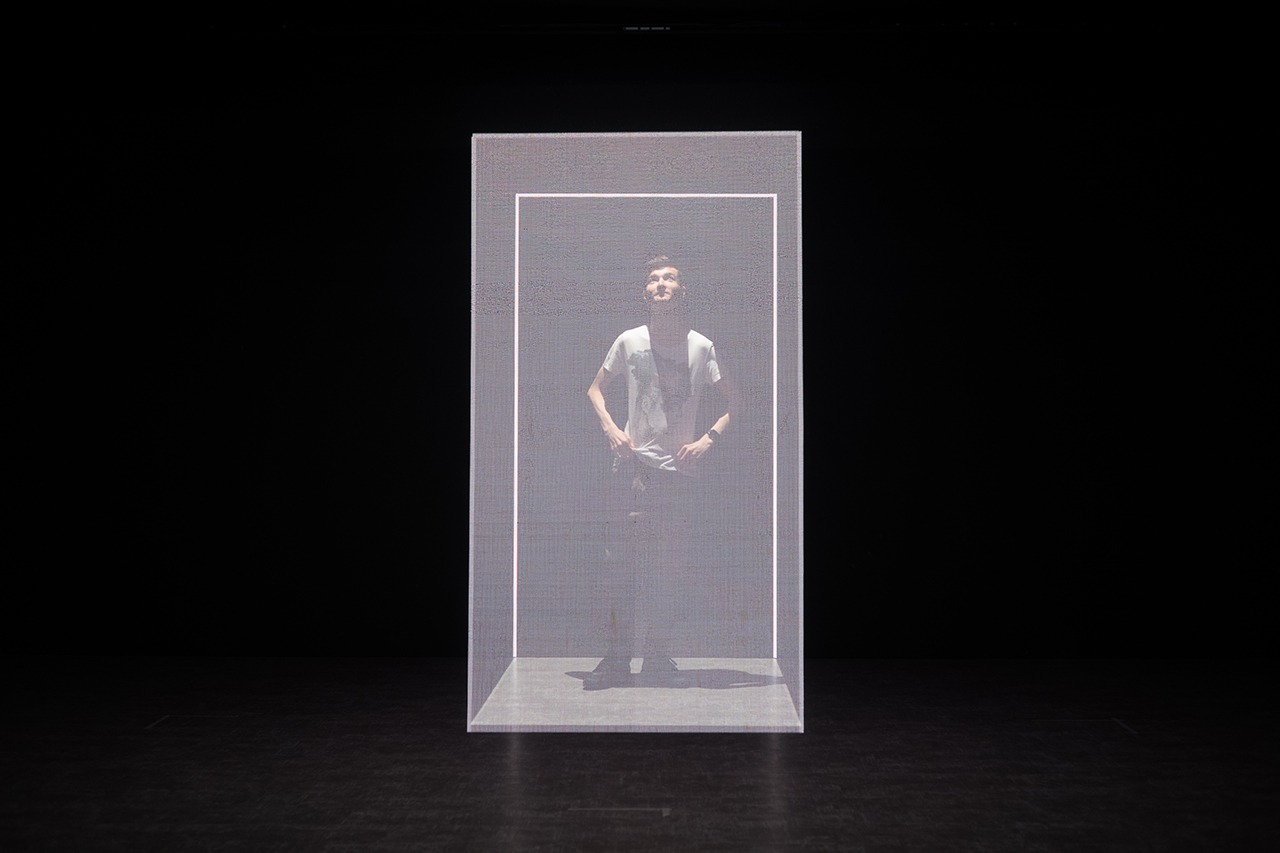 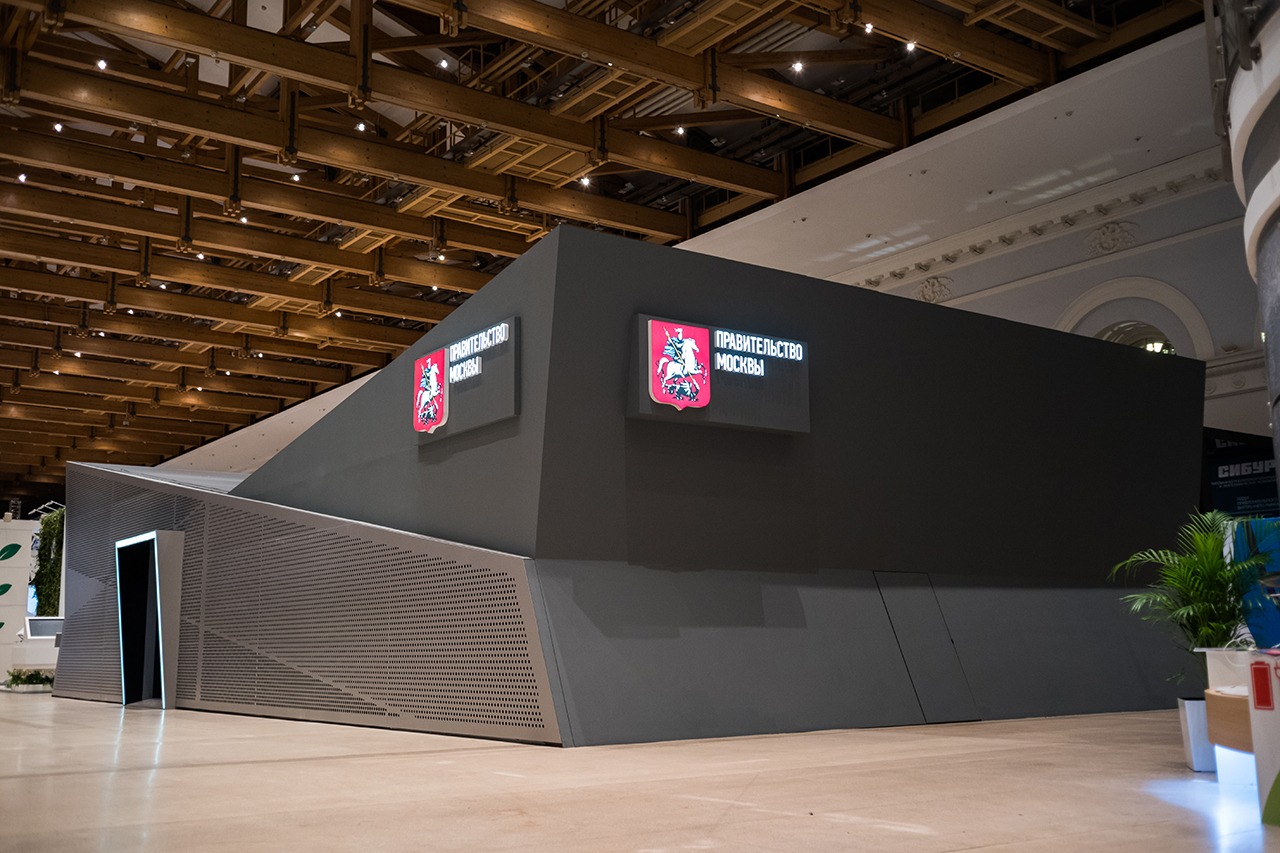 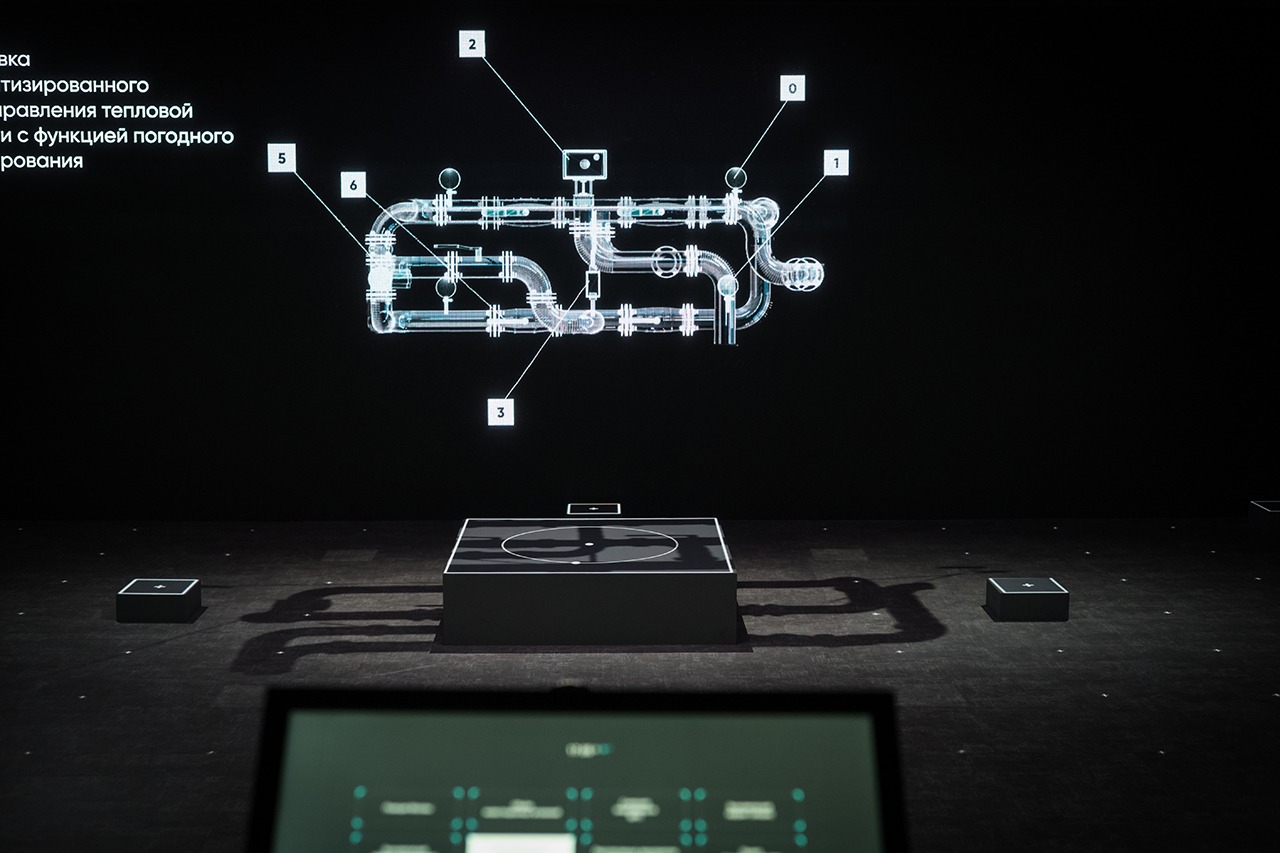 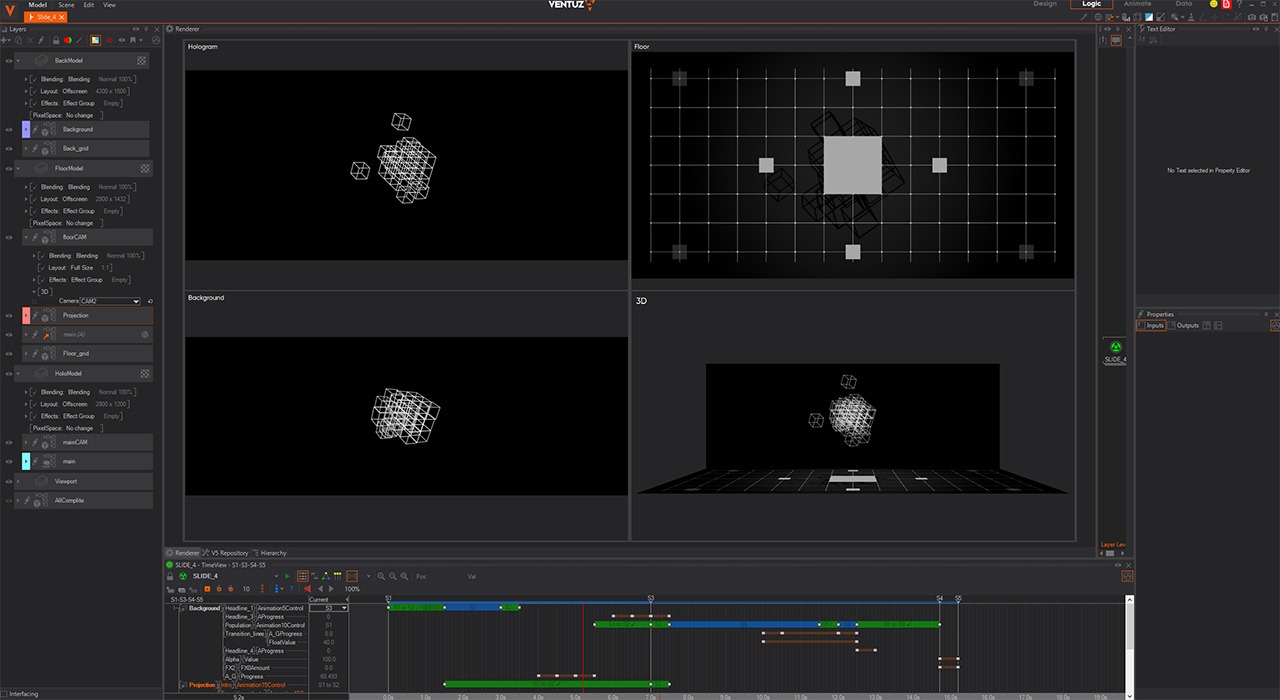 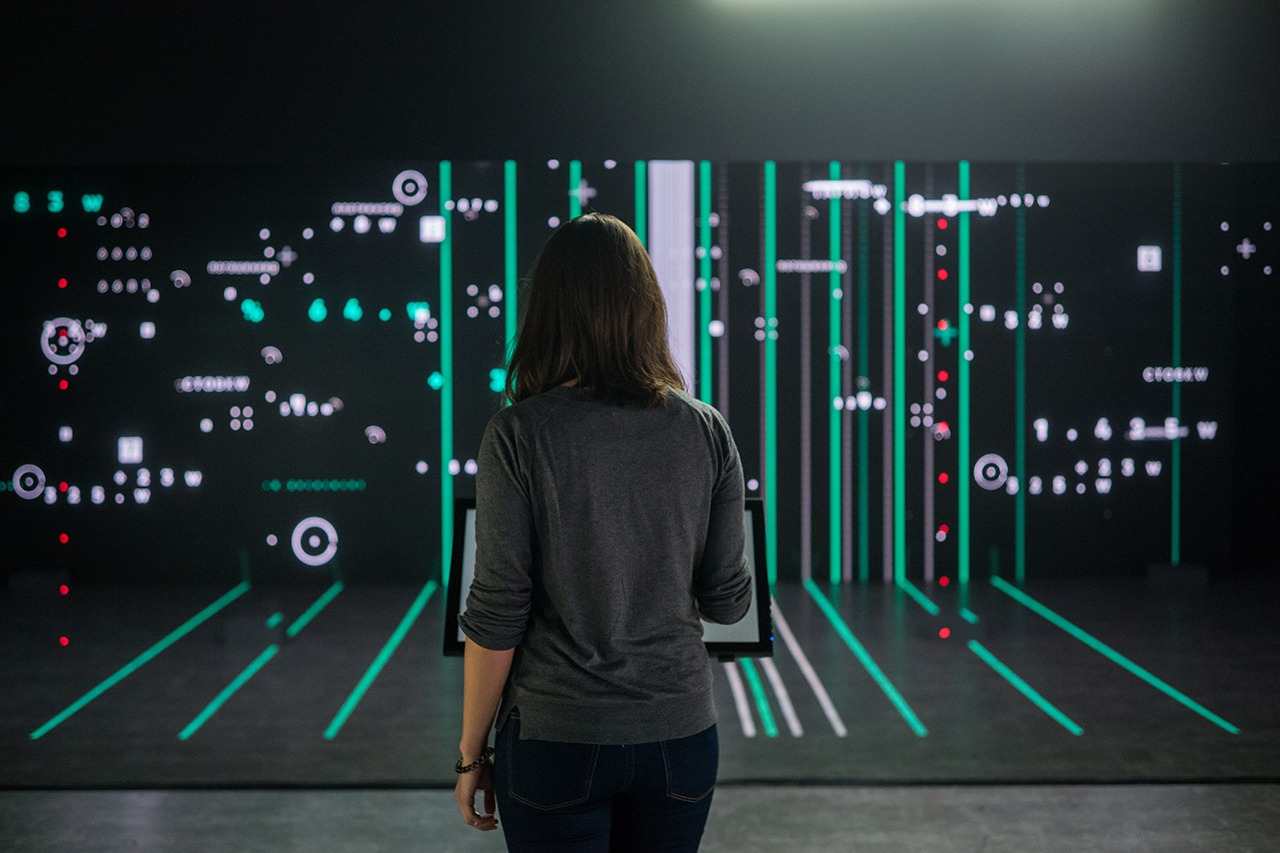 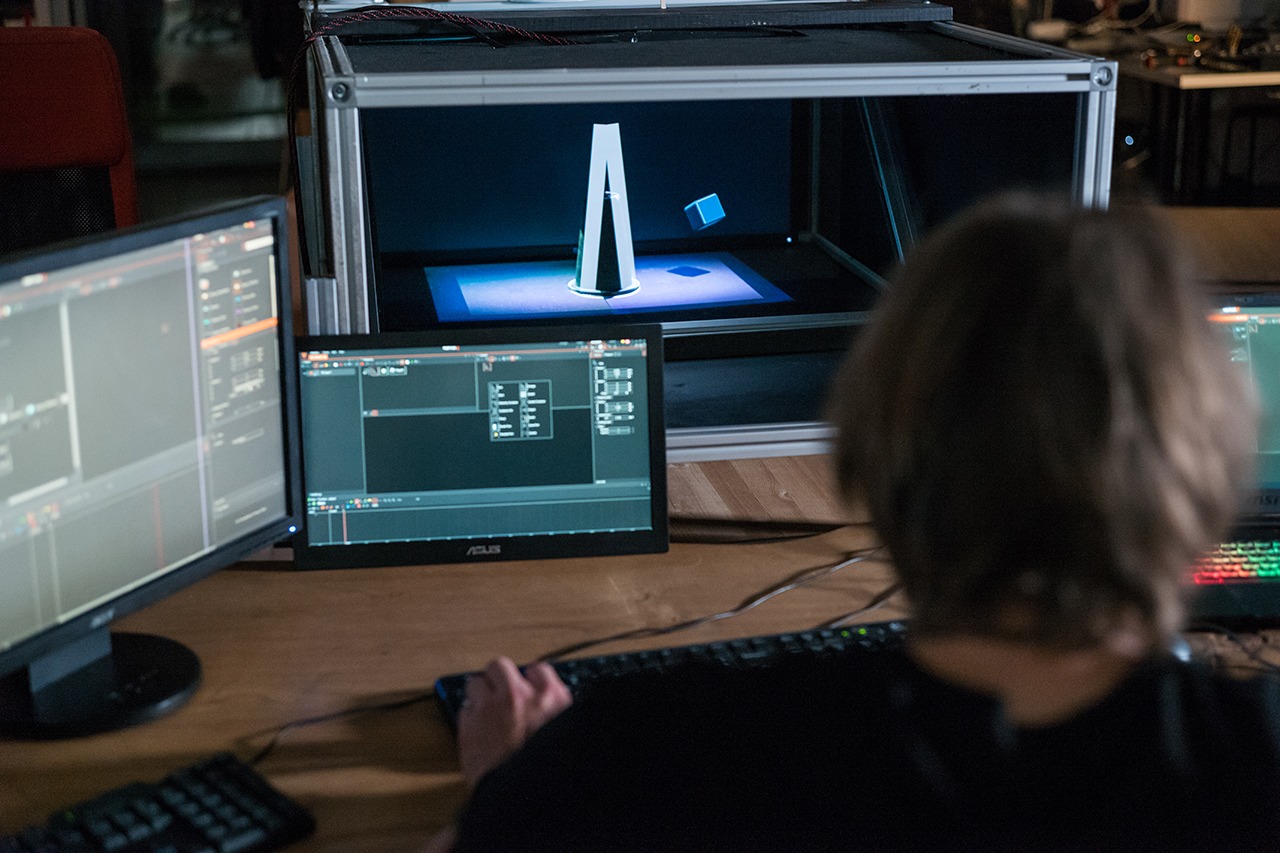