For the ASEAN – Republic of Korea Commemorative Summit in Busan, the Presidents’ Luncheon was equipped with a Ventuz powered Media Table Installation using RFID and hidden displays.

To celebrate the 25th anniversary of the ASEAN – Republic of Korea  Dialogue Relations, the Presidents of the member countries Brunei, Cambodia,  Malaysia, Indonesia, Laos, Myanmar, Philippines, Singapore, Thailand, Vietnam, and the Republic of Korea came together in Busan, Korea. Next to the official conference and speeches, the Presidents enjoyed a private luncheon which was enhanced by a Ventuz powered media table installation.

The Korean agency Eric C&C created this intricate installation using a hidden display solution. Instead of the monitors being easily visible in the table structure, the team used  the traditional​ HANJI handcraft paper to cover the entire surface which therefore appeared as one unbroken plain. The media content consisted of real-time animations and a menu for the seven course meal. As each President has individual eating habits, the dishes were adapted to their preferences, and so were the graphics. Every plate was equipped with an RFID chip which triggered the according graphics when placed on the table. With eleven Presidents and seven courses, this summed up to a whole of 77 individual presentations.

The Presidents were clearly delighted by the media table installation, asked for several replays and showed great interest in the technological principles behind it. 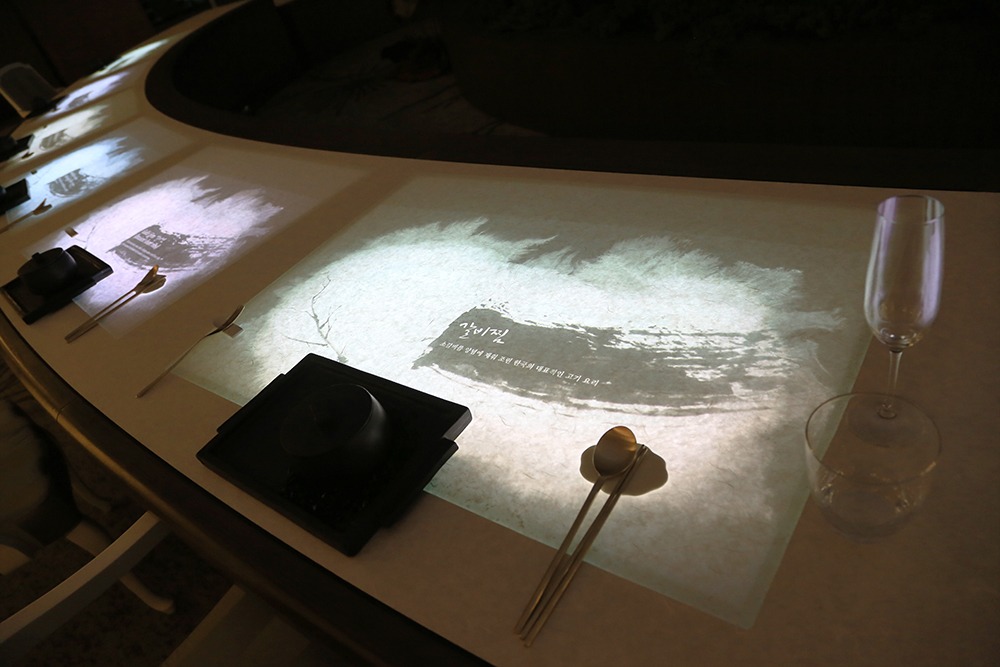