The development of urban technology hubs was at the forefront of Moscow’s exhibition booth at Innoprom 2018. To find investors and attract companies to these urban technology hubs, called Technoparks, the studio Digileone was commissioned to create multimedia installations on the booth. One of these installations was called the Innovation Room, where visitors were immersed in visuals and provided multiple ways to interact with the information on display.

The Innovation Room included a multitude of screens of different sizes, resolutions and orientations spread across three walls of the room. In idle mode, one real-time animation ran across the entire room. “It was a bit tricky to adjust the content to the many different sizes and resolutions of the screen”, explained Alexey Zotov of Digileone, “but with the help of masks inside of Ventuz, we were able to set up the project very efficiently.”

A tracking system at the entrance of the room detected when a visitor entered and started the main presentation. The room went dark and a video of a woman appeared on the center screen in front of the visitor. She served as the guide to Innovation Room. While she explained the functionalities of the room, graphics appeared to the left and right of her, and interaction could begin.

The guide herself also functioned as an interface. Through simple hand gestures, users could swipe through a series of questions concerning the Technoparks, select any of them and receive an answer from the guide which was accompanied by corresponding graphics. Hand gestures were detected via the Microsoft Kinect technology.

“We had filmed the guide in front of a greenscreen in 4K”, said Alexey. “Because the installation was interactive and we couldn’t always predict what the user would do next, it was important to be able to loop the individual video snippets and make sure that transitions worked when jumping from one snippet to the next. We were very pleased with the flexibility Ventuz offered in terms of handling a larger number of 4K video files. Also, performance was never a problem.”

Two more interactive stations could be found on either of the side walls of the Innovation Room. On the left, a touch screen was installed. Here visitors could get detailed information on the individual Technoparks. To get a thorough idea about investment opportunities, they could enter a random amount into a calculator which gave back ROIs based on previous investments and the site’s performance.

On the right, interaction was provided by Power Mate, a knob that could be rotated to select a topic and pushed to confirm the selection. Here, users could find more information on the City of Moscow itself, innovative urban projects as well as a bit of historic background.

“The entire room held about 15 screens and was powered by three Ventuz servers, one for each side”, said Alexey. “We connected them via OSC and found that it worked perfectly for synchronization of the content.”

But interaction didn’t stop there. Digileone was also responsible for all interactive installations outside of the Innovation Room. They placed a number of touch screens throughout the stand. Some served as information hubs for the booth itself, others showed slide shows of all the companies that were represented on the booth. To catch up after the show, the user could send a certain company’s information and contact details to their own email address right from the touch screen. 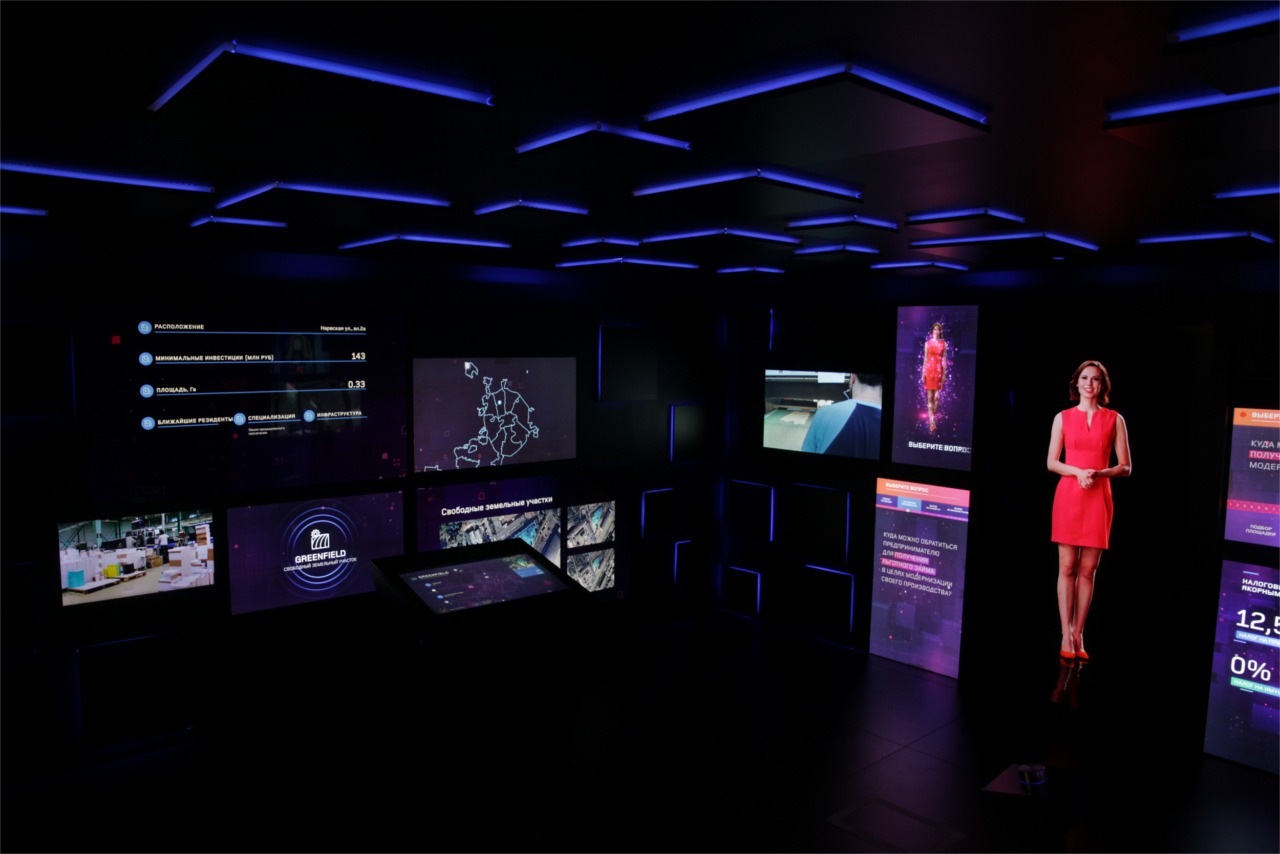 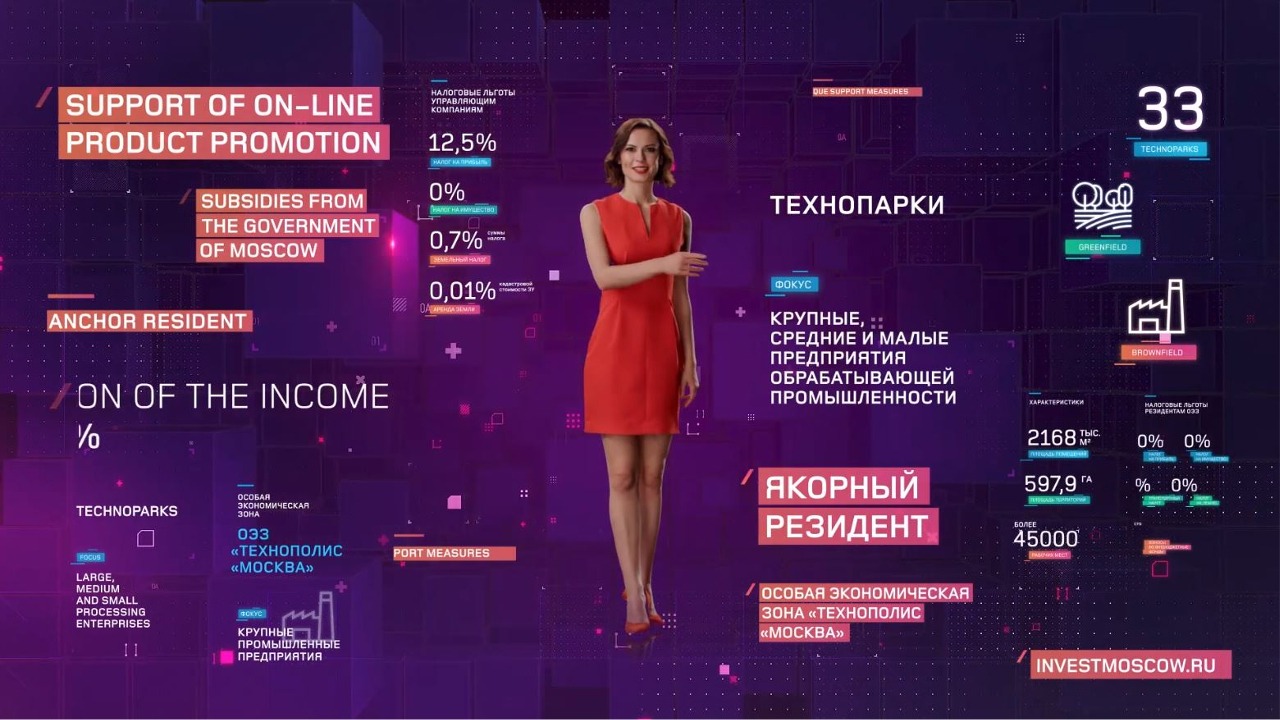 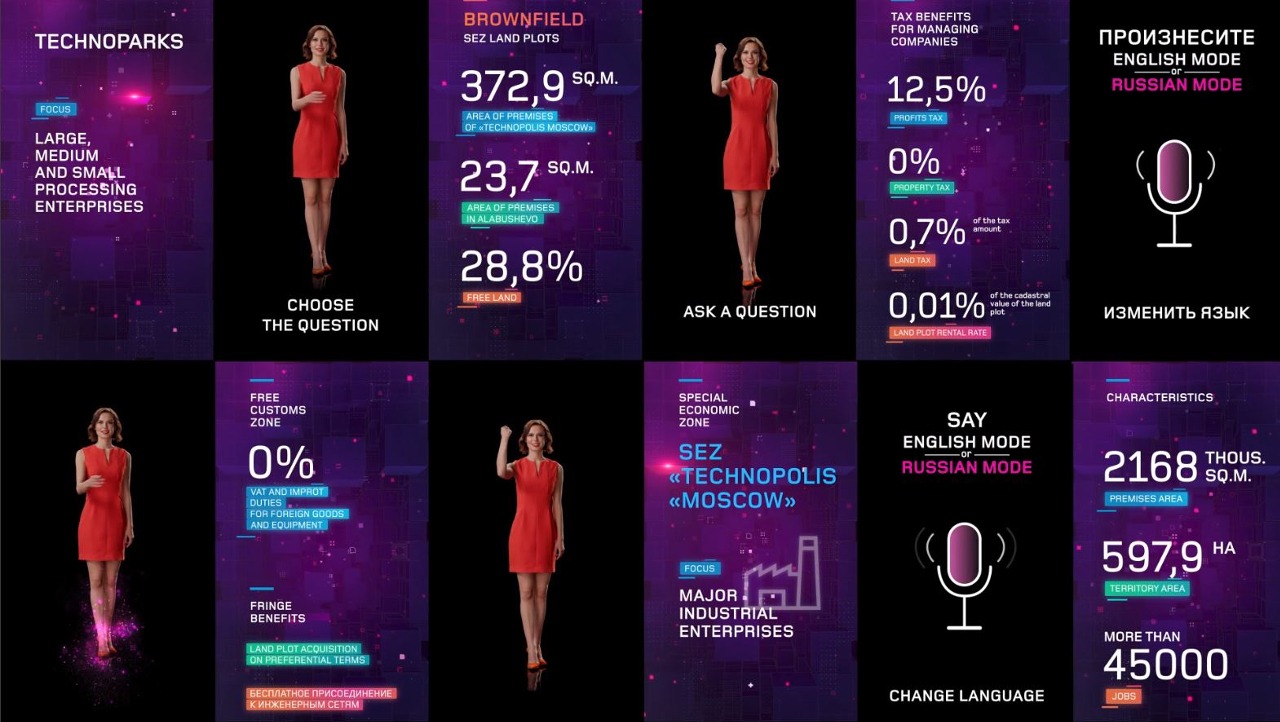 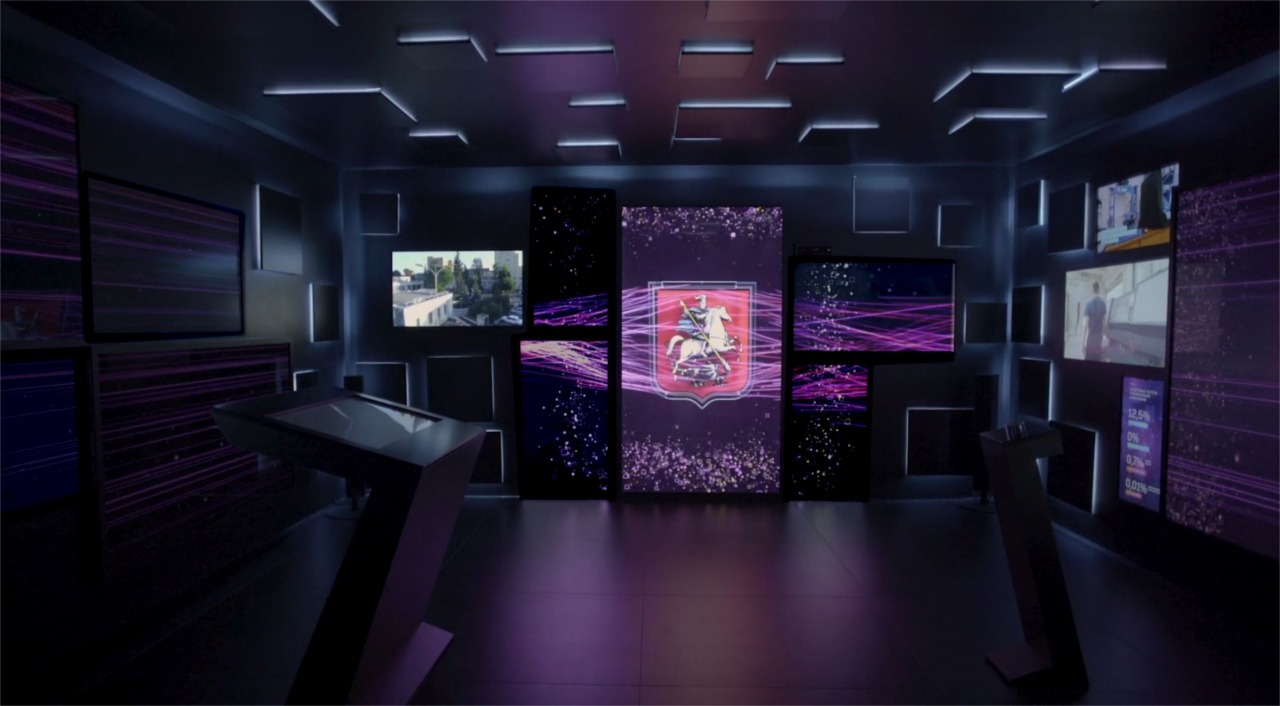