The University of Anhalt has been one of the first educational institutions to add Ventuz to their curriculum. The young Ventuzians there have recently put their skills to the test and created a sophisticated projection mapping project to celebrate the Saxony-Anhalt-Day and the 900th anniversary of the city of Köthen.

The site chosen for this installation was the historic Red Building. Having been given absolute creative freedom, the students chose a variety of themes for the 9 individual segments of the project. They focused on things that inspired them to pursue a career in digital arts, but also addressed the anniversary and the state celebrations. The team used a 3D printed model of the building to test the mapping on a small scale beforehand.

“We chose Ventuz not only because it was the best software for the complex job”, explained Prof. Dr.-Ing. Steffen Strauß, “but also because we could expect the best support from the Ventuz team. They really helped us with much of the hands-on event work that we as researchers are not used to.”

The setup on-site consisted of four HD Panasonic projectors driven by two Ventuz servers and one master laptop for main control. The entire presentation was cued to music and thereby served as a well-rounded show segment which attracted a large audience. As the celebrations lasted the whole weekend, the projection mapping was shown three times on both Friday and Saturday evening. 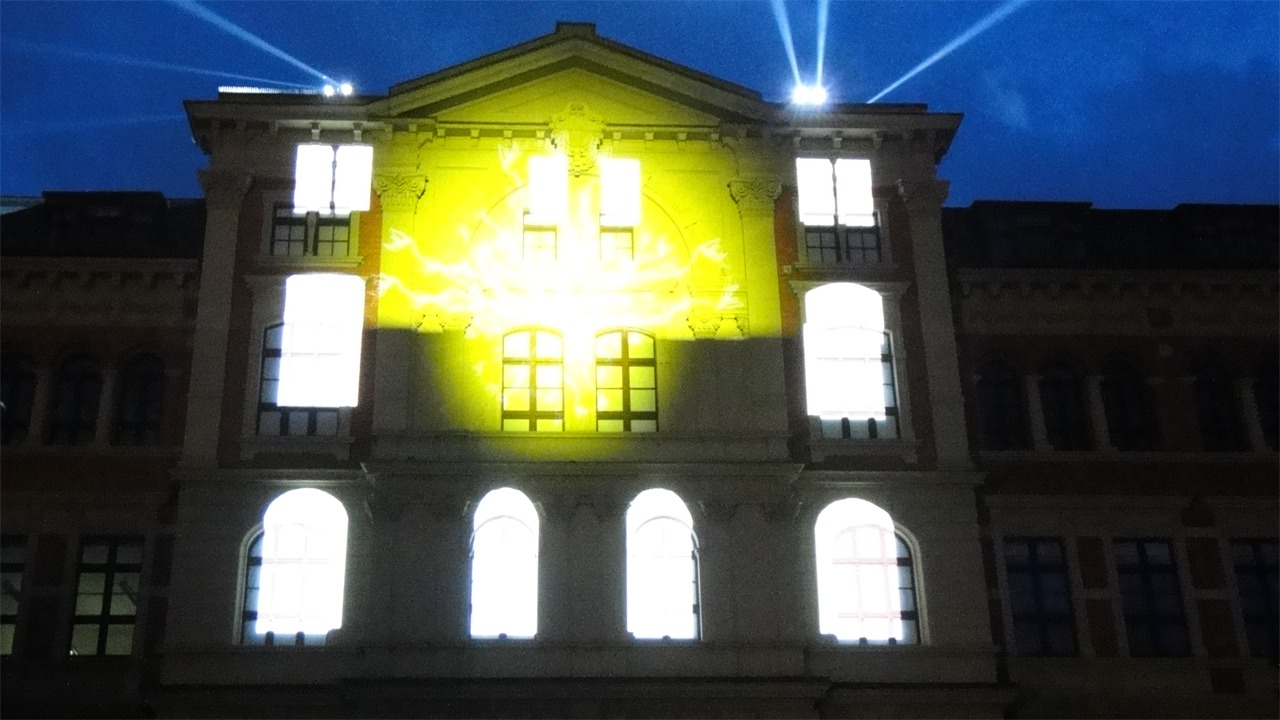 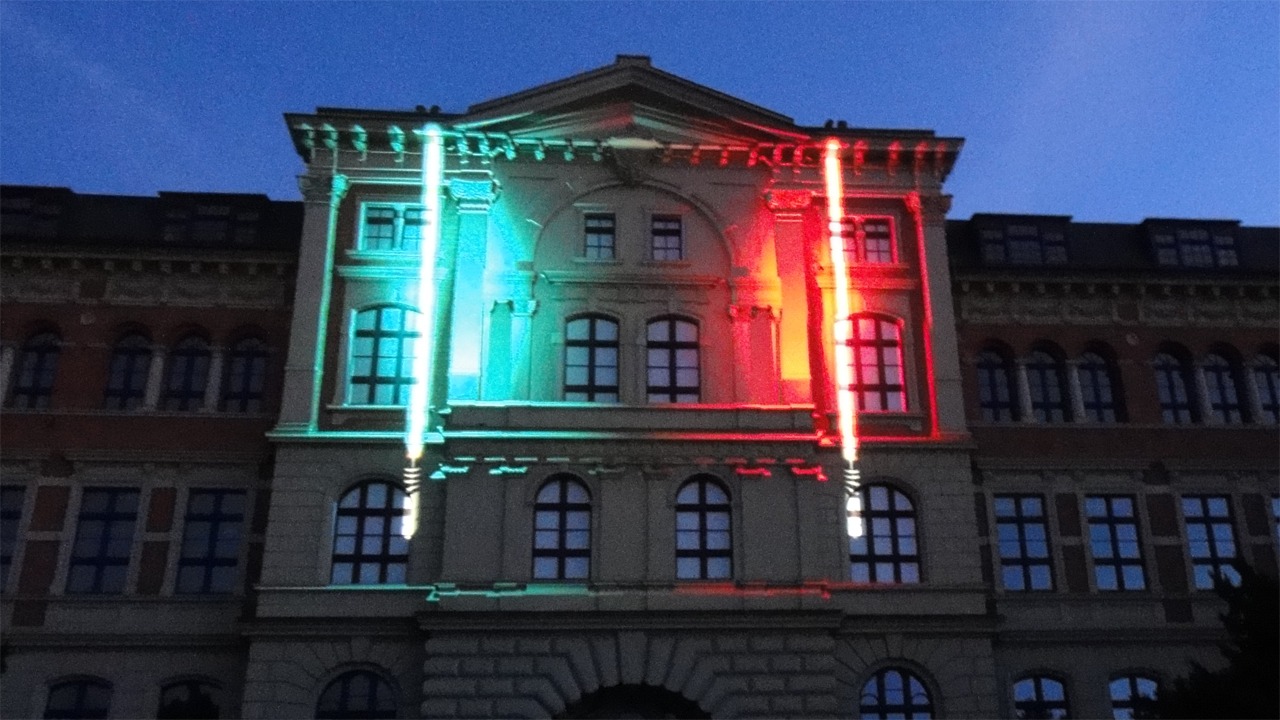