An airfield near Prague, 15,000 participants, seven stages featuring over 300 artists over three days and nights – this is Let It Roll Open Air. As the largest drum & bass festival in the world, the organizers have always paid much attention not only to the music, but also to the visual impact. In 2018 it was finally time to bring in agency Xlab and their Ventuz-powered stage magic.

The heads of Xlab have their roots in the Czech VJing scene, and although much of their work has shifted into corporate events and broadcast graphics, you can still find their designs on rock and electronic music stages all over the world. This reputation and some mutual acquaintances brought Xlab and Let It Roll Festival together to create a stunning opening show and support a portion of the VJing art during the festival.

“When it comes to content, these events look for futuristic shows with massive effects, colors, transitions and animations, everything Ventuz is good at”, explained Lukáš Koberna of Xlab. “We created much of the show in real-time in Ventuz, but we also mixed in layers of video and pre-rendered 3D animations. All in all, four graphic designers prepared content for two months prior to the event.”

The massive stage of 150 by 25 meters was equipped with 400 square meters of LED panels. Robots were the event’s main theme, which resulted in an intricate stage setup with three dimensional shapes and angles of the LED layout. Pyrotechnics and a laser show accompanied the content to form one breathtaking experience.

Synchronization was one of the main challenges in this project. “We programmed multi-directional synchronization”, said Lukáš. “While we did use timecodes as the basis of the show – both LTC and Midi timecode, so that we could swap whenever needed – we also installed Artnet as input/output for Ventuz to communicate directly with the lighting console and pyros. Specific cues would then override the timecode and make sure that a certain light effect would be in perfect sync with the corresponding effect on the LED panels. This workflow allowed us to be much more flexible and creative, and also resulted in a better viewing experience.”

In order to test this complex setup, Xlab took it to their Viewport Studio for virtual testing. Lukáš explained: “Our studio is a place for a more practical approach to our projects. It has a greenscreen setup for filming, a previz setup, a music postproduction suite and much more.” To test a stage project such as this, Xlab uses the software WYSIWYG (What you see is what you get) which is specifically designed for virtual testing. A 3D model of the stage is loaded into the software, and all lighting desks, pyrotechnics and other stage mechanics are simulated. The Ventuz server is then tied into the setup including all timecodes and programmed cues, and the entire show can be rehearsed as much as necessary.

“Another advantage of virtual testing is that you get the chance to view the stage from every angle. With the multitude of tilted and oddly shaped LED panels, we used the virtual camera to make sure the content looked good and worked smoothly across the entire stage”, said Lukáš. Xlab utilizes this workflow for almost every stage show they create, from one-time events such as Let It Roll Festival to world tours of bands like Manowar. “Once your show is tested, it is very easy to take it on the road. Although every venue is different, rescaling the content or switching from LED to projection is quickly done with Ventuz and all other adjustments take no more than a few hours.”

At Let It Roll Festival, Xlab had only one day to set up the content, but because of the thorough virtual testing, this did not pose a problem. And surely enough, the opening show was a stunning collage of fire, lights and high-BPM animations that together with the world-class drum & bass music had 15,000 people dancing into the early morning hours. 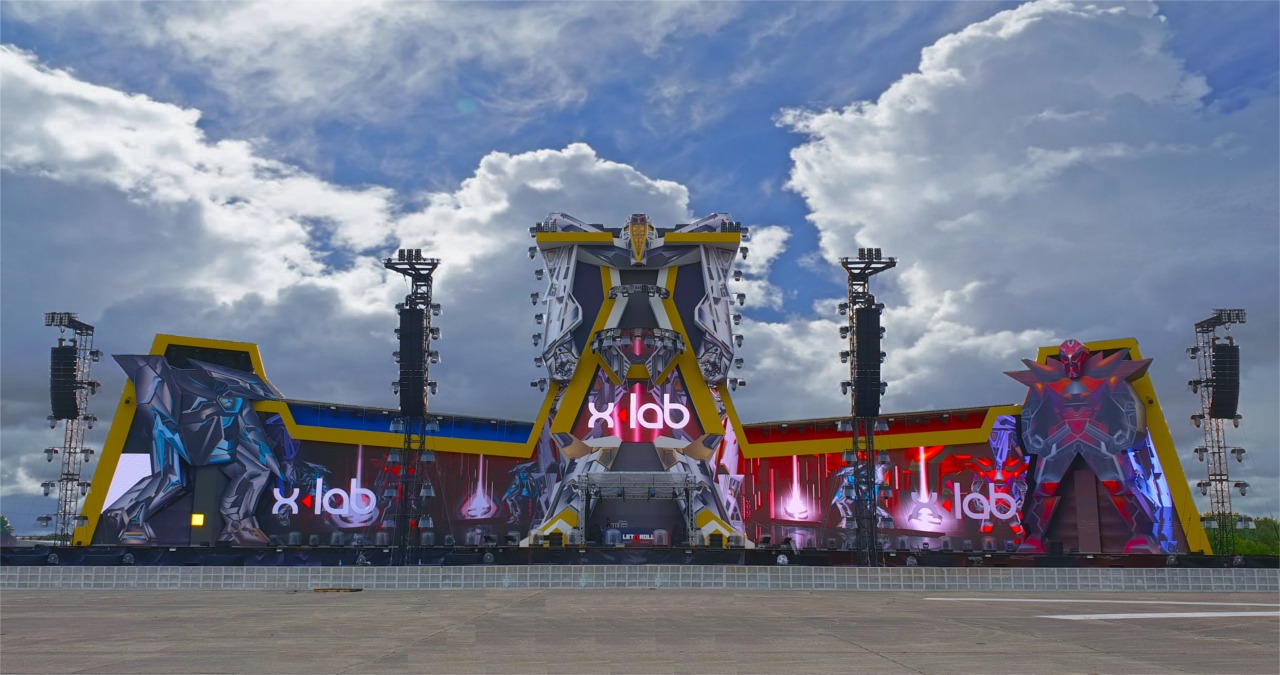 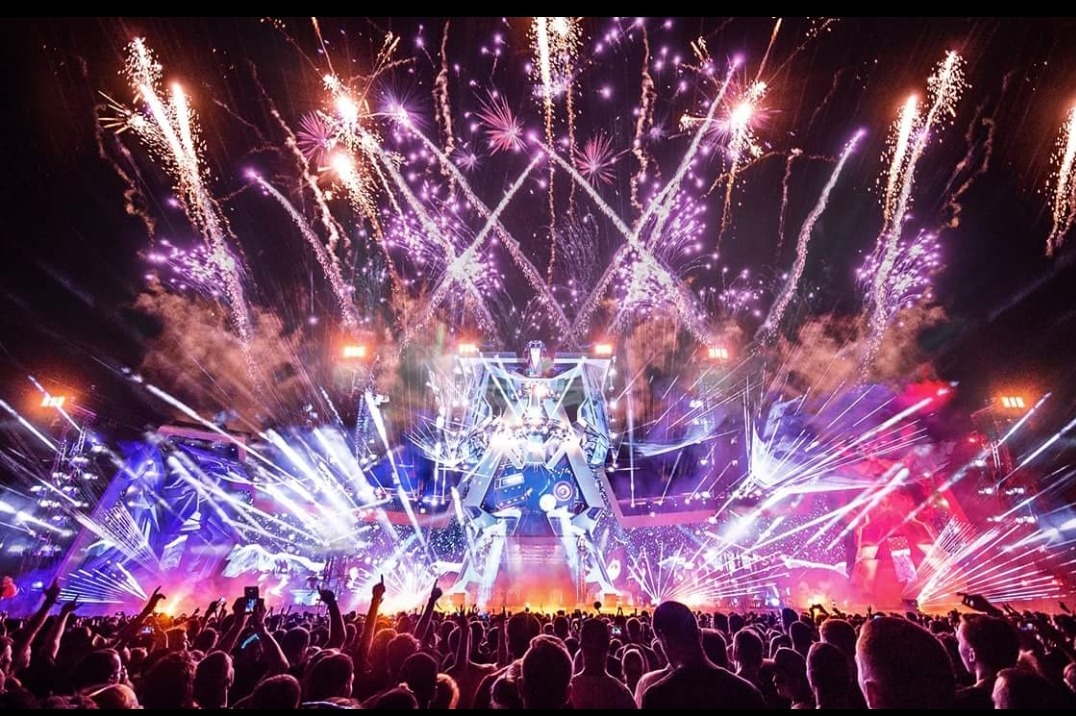 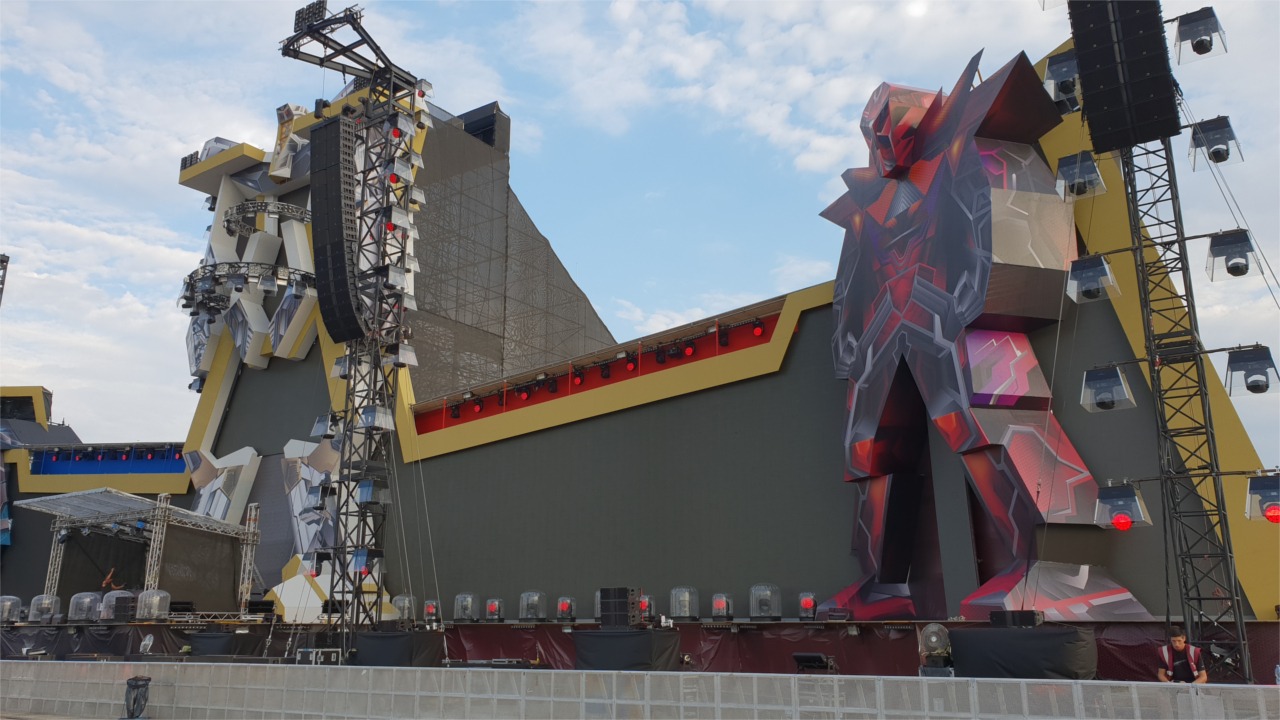