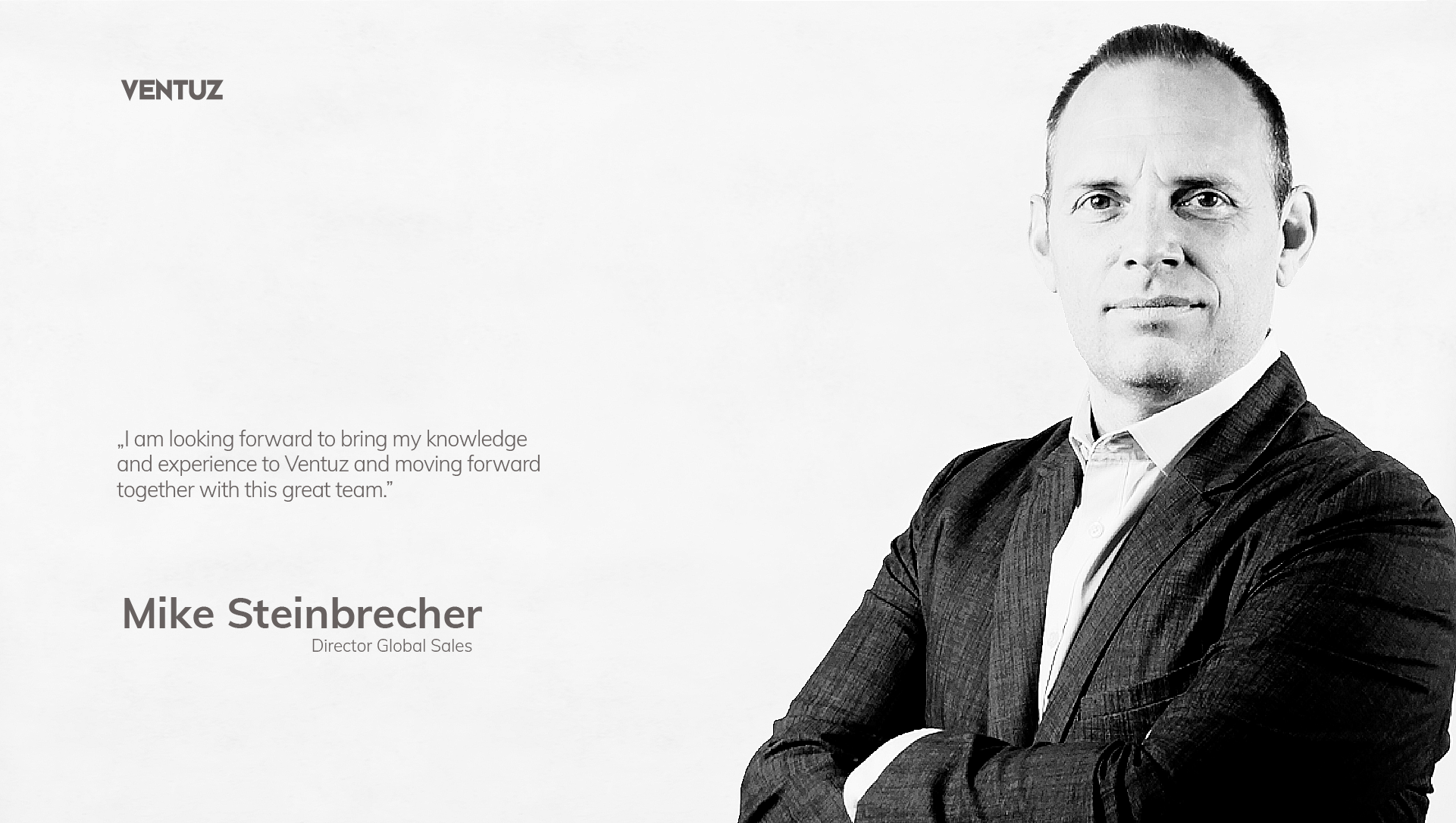 Steinbrecher became interested in the event industry at an early age and toured Europe with bands and major musical productions as a lighting and sound engineer. Ambitious and driven by success, he first trained as a specialist and then Craftsman for event technology. In his early 30s, he was awarded gold by the German Music Industry Association for the creative conception of light shows for the successful German band The Wise Guys.

A technology enthusiast, Steinbrecher began to take an interest in new technologies in the event sector soon after starting his career, working for internationally renowned media server manufacturers such as Coolux. He brought his vast practical experience there, first as a support specialist and later as the head of the department. When Coolux was acquired by American manufacturer Christie Digital Systems, he filled the position of Director Global Business Development for Pandoras Box. Due to his great success in this position, where he regularly exceeded his sales targets, he was promoted to Director CMP (Content Management and Processing), where he and his team surpassed the expectations again by reaching targets for 2021 in just 7 months.

“After 13 great and very exciting years with Pandoras Box, I am looking forward to now bringing my knowledge and experience to Ventuz and moving forward together with this great team,” Steinbrecher stated. “I feel the enthusiasm and energy that my new colleagues bring to the table, and I’m sure we will grow out of the hidden champion stage and gain more market share and fortify our reputation in the industry.”

Steinbrecher will work with a team of sales and product specialists at Ventuz headquarters and the Canadian office to drive global sales and consistently expand both online sales and the company’s partner network.

“Mike Steinbrecher convinced us with his hands-on mentality and his excellent technical understanding,” said Ralf Stanke, CEO of Ventuz. “We sell a technically sophisticated product to tech-savvy customers and that doesn’t work unless we can convince through expertise, which is exactly where I see his strengths.”

With recent hires in marketing and sales leadership, Ventuz is strengthening its position and proving itself once again as a serious player in the highly competitive high-end real-time graphics market.

Ventuz Technology was founded in 2004 by experts from the broadcast graphics and event/staging industries and is headquartered in Hamburg, Germany with offices in Europe, the USA and Asia-Pacific.

The Ventuz Software is used by Fortune 500 and DAX companies, the world’s leading broadcasters, interactive design agencies and corporate creative departments including

DMS Relies on Ventuz Technology to Bring the Virtual Ceremony for the “Ocean...