As part of the wider Gulf Safety Week held in March, Abu Dhabi Police ran a driving safety awareness campaign. Working with Al Sayegh Media, Three Monkeys conceived and delivered two thought-provoking interactive installations powered by Ventuz. The installations were set up in the brand new Abu Dhabi shopping center Yas Mall and also had a starring role in the launch event of the Gulf Safety Awareness Week itself.

Both installations were based on the same principle: a moving screen was placed in front of a printed backdrop. Via an interactive terminal, visitors could operate the content and start animations. Both installations drew heavily on the ability to input encoder data directly into Ventuz, as both used a linear axis rail.

The first application, ‘Anatomy of a Car Crash’, vividly showed how driving speed acutely affects the damage to a car upon impact with a wall or other vehicle. Visitors could “dial” in their chosen speed, the moving screen would mimic an accelerating car to reveal in real-time the deformation and chances of survival of the driver.

During the launch event, this same setup was repurposed to tell a poignant tale of the victims of car crashes, not only those in the vehicles themselves but also innocent bystanders. This story unfolded as part of a hard hitting stage show where the moving screen was synchronized to the main LED screen.

Utilizing the moving screen concept in a completely different way, Three Monkeys produced an interactive timeline of the safety milestones of Abu Dhabi police. Visitors could explore different years using a touchscreen which triggered the main screen to travel to that year in front of a printed timeline. The content then unveiled visually rich details of historic milestones, such as the first traffic light in Abu Dhabi. 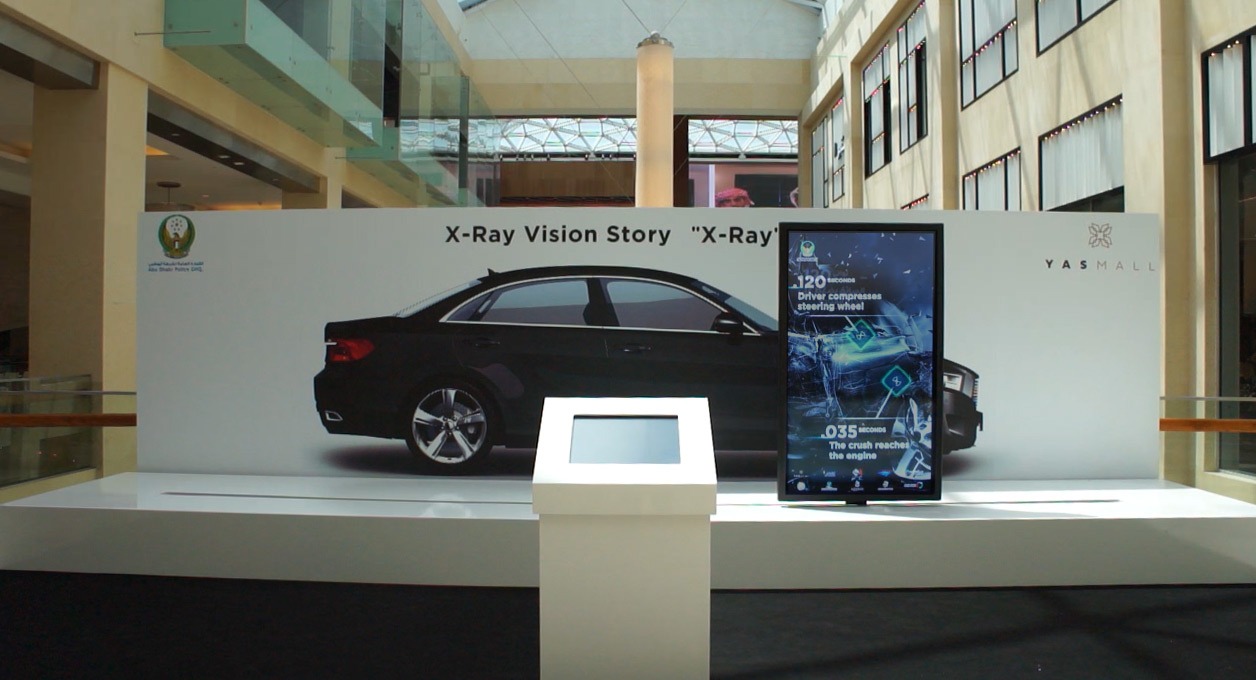