Many creatives dream of the day when they will be able to advise an entire project from concept to finish, instead of just turning their individual little wheel. For Moscow-based agency Inty, this dream has already come true. With a team of only 11 people, Inty has proven their artistic intuition as well as their deep understanding of media technologies.

The team of Inty had two months to come up with an entire concept and put this concept into reality. With this much creative freedom, but so little time on their hands, ideas needed to come quickly. “We wanted to make the booth stand out from the rest of the exhibition”, explained Alex Volkov, co-founder of Inty. “So, while everything was open and bright, we designed the booth like a big box with its own atmosphere inside.” Although this idea was found quickly, the final booth design was harder to come by. After consulting a few interior and exhibition designers, the team was still unhappy with the suggestions and finally took it upon themselves to create the booth. “Many other artists would turn to a common 3D renderer for this task, but we actually created the booth design in Ventuz”, said Alex. “We only needed simple geometries, and with Ventuz we could work a lot faster.”

The main topic was energy efficiency, and the client was eager to demonstrate the many projects they are undertaking to save energy and costs, following an innovative and sustainable approach. For Inty, this resulted in a vast amount of data that needed to be reviewed and arranged in a manner that made sense. They quickly decided to segment the content into four blocks: gas, water, electricity and heat. With all projects and the corresponding assets stored away in one of these segments, the creation of the presentation content proved much easier.

To bring the content to life, Inty used a multitude of media installations. The booth featured a main stage with a large projection wall. Two HD projectors with 20% overlap illuminated the space. The wall was connected to a 27” touch screen, which allowed visitors to select certain topics and browse through a slide presentation. Reliability was key. “Because we had so little time, we prepared the logic and the visuals separately. This is not an uncommon workflow for us. Our projects usually don’t require complex logic, so the code is written quickly right after we have decided on the concept. Then we can go through the many iterations of the visuals and put everything together in the end. Leave a few days for testing and tweaks, and that is it.”

With the main stage reserved for high officials, common visitors were given a multitude of other ways to enjoy the visual content. Inty installed two media columns on the booth, which were equipped with displays on all four sides. Interactivity was provided by a dial button on the bottom of each side. To play it safe, the team used one machine per side, resulting in a small server park of eight machines for this installation. Each presented the same content: Visitors could again choose one of the four segments and therein find detailed information on sixteen companies who have significant impact on energy consumption. This was displayed on three HD monitors which were mounted above each other in portrait mode.

Another installation was an interactive mirror, which added a more personal touch to the ensemble – the faces of energy consumption. Before the show, Inty invited a number of people who worked in the field to their studios, filmed them and interviewed them. At the event, the mirror showed the filmed image of each person, their biography could be reviewed and visitors could get information on what this person’s job was in the field of energy consumption. A special highlight here was motion detection: the presentation started automatically, when a visitor approached the display.

Motion detection was also used at the entrance of the booth to welcome new visitors. The greetings were displayed on one of the large LED walls that were installed on the outside of the booth and served as an eyecatcher. And to top it all off, Inty wrote their own app which allowed them to control the light inside of the booth, always making sure the atmosphere was just perfect.

Apart from the lighting app which was programmed in Unity, Inty used Ventuz for every part of this project. “Ever since we started using Ventuz in 2010, it has been our number one tool”, said Alex. “98% of our development happens in Ventuz, even prototyping and simple modeling.” This came in very handy during this project. Since the team had already created a digital prototype of the booth, it was easy to project the content for the columns and the main stage into the prototype, render out a movie and use this as refence for the client, who could get a very detailed idea of what the booth would look like.

Also, the real-time nature of Ventuz is one of the main selling points for Inty. “We have been in the situation before when we had to make changes to the content while a presentation was already running”, remembers Alex. “Thanks to Ventuz, we were able to do so and satisfy the client. We are currently preparing a project for an automotive customer in China, and we already know that much of the facts and figures can change until minutes before the show. It is great that Ventuz allows us to identify these content blocks and move them to external files which can be easily changed. The ability to comply with these last-minute requests makes our customers very happy.” 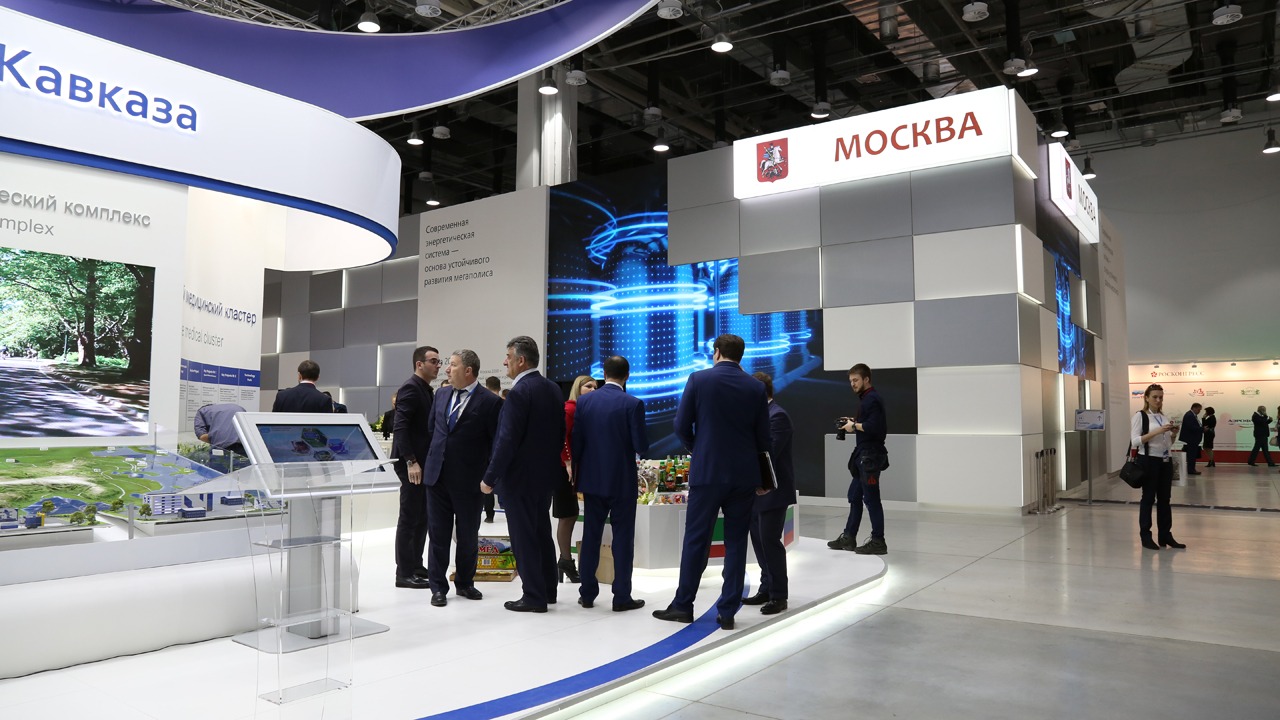 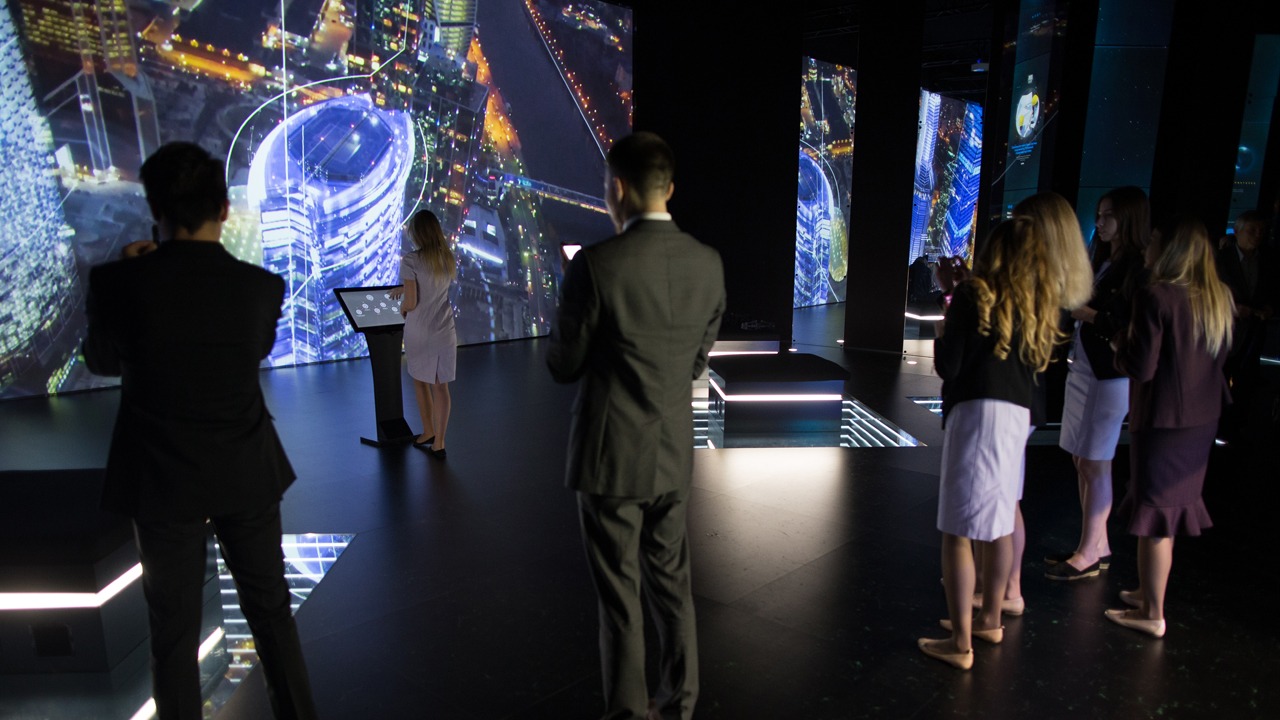 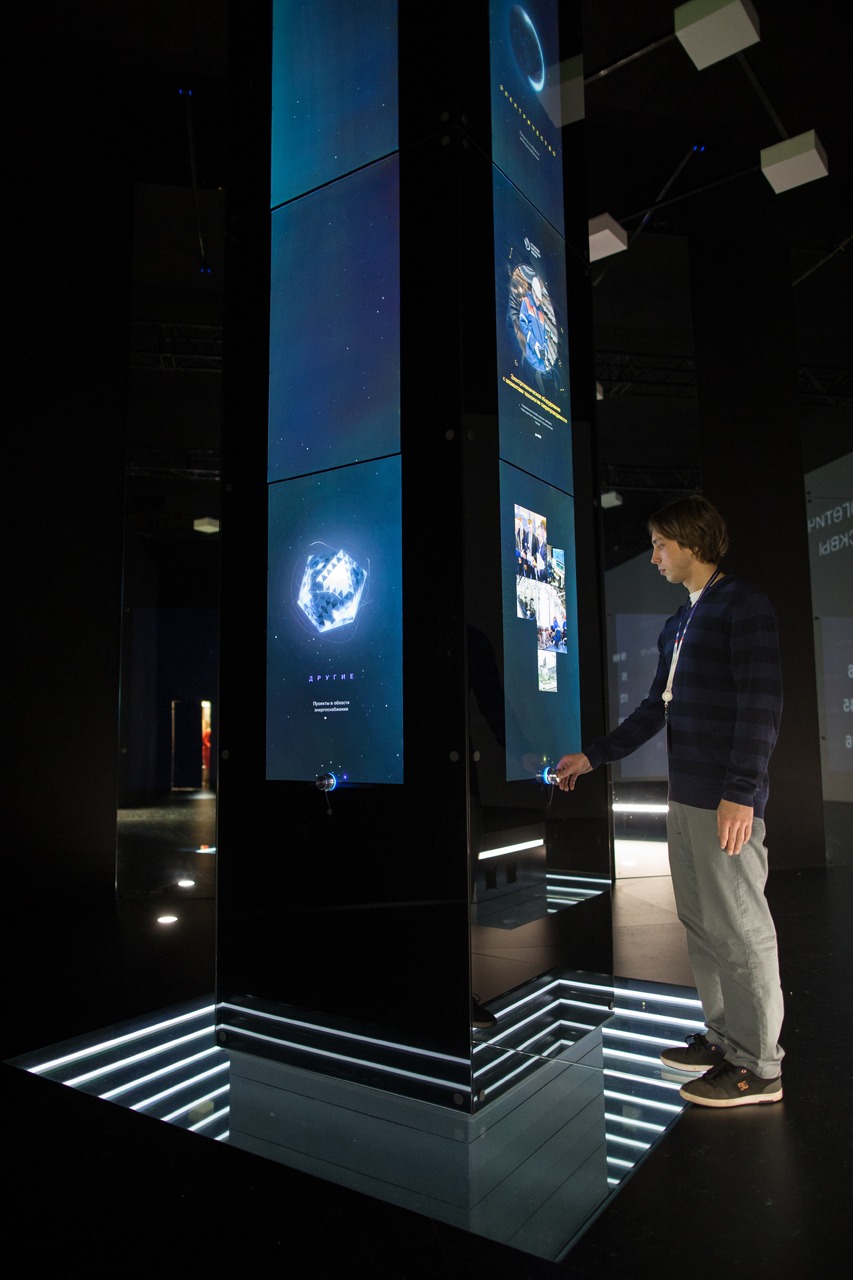 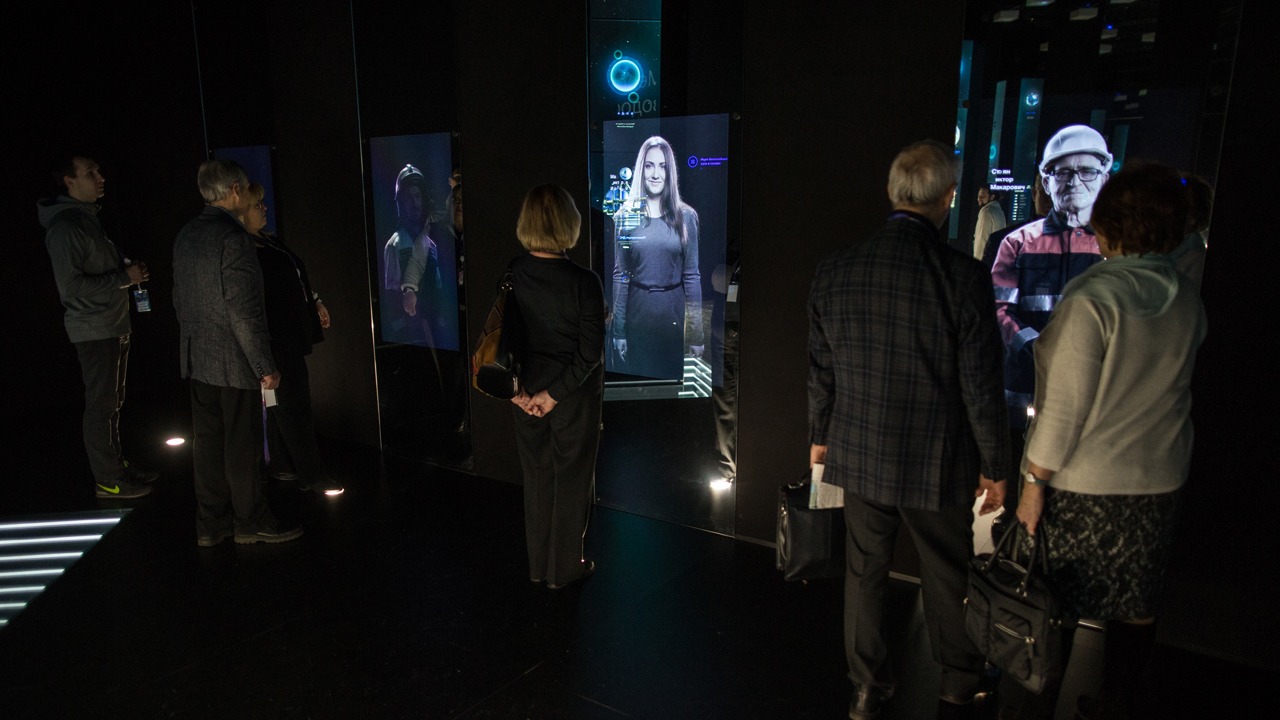 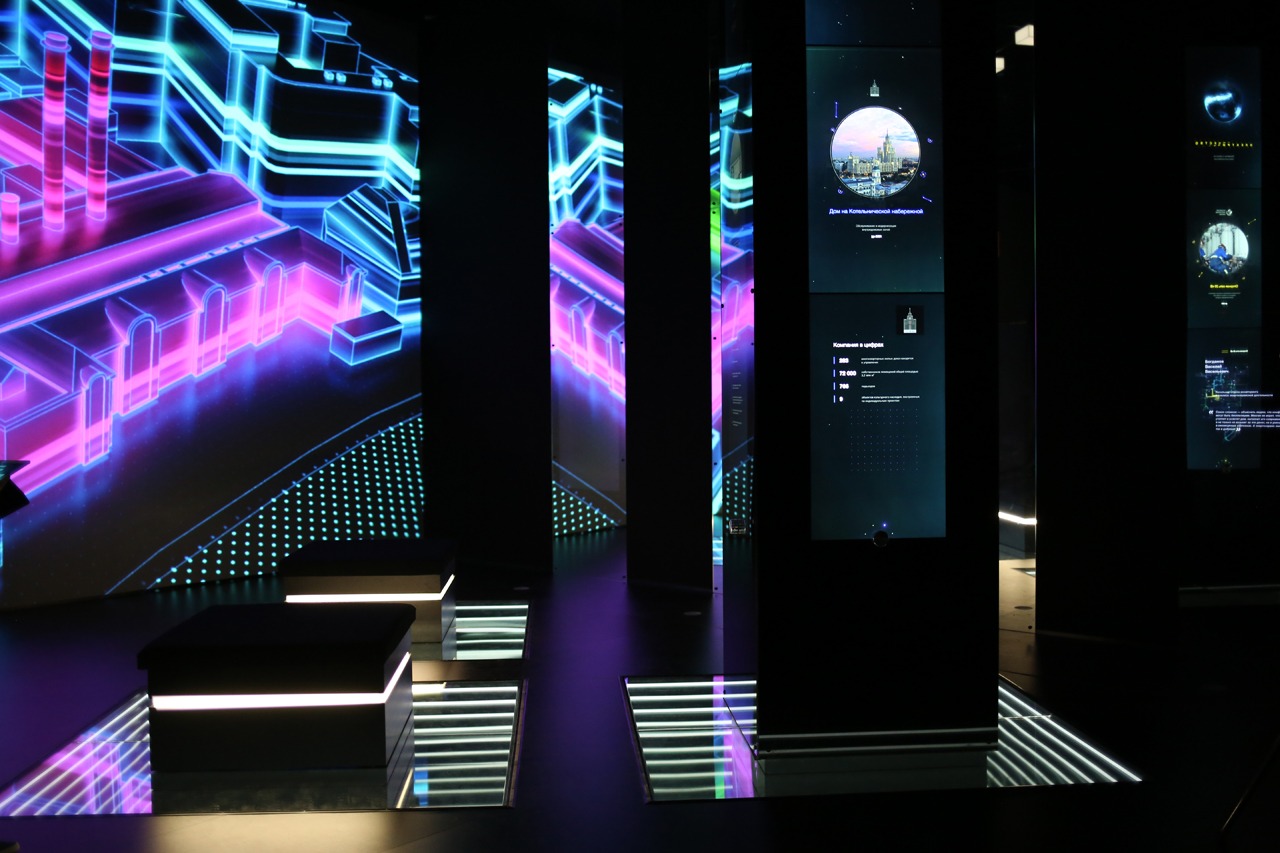 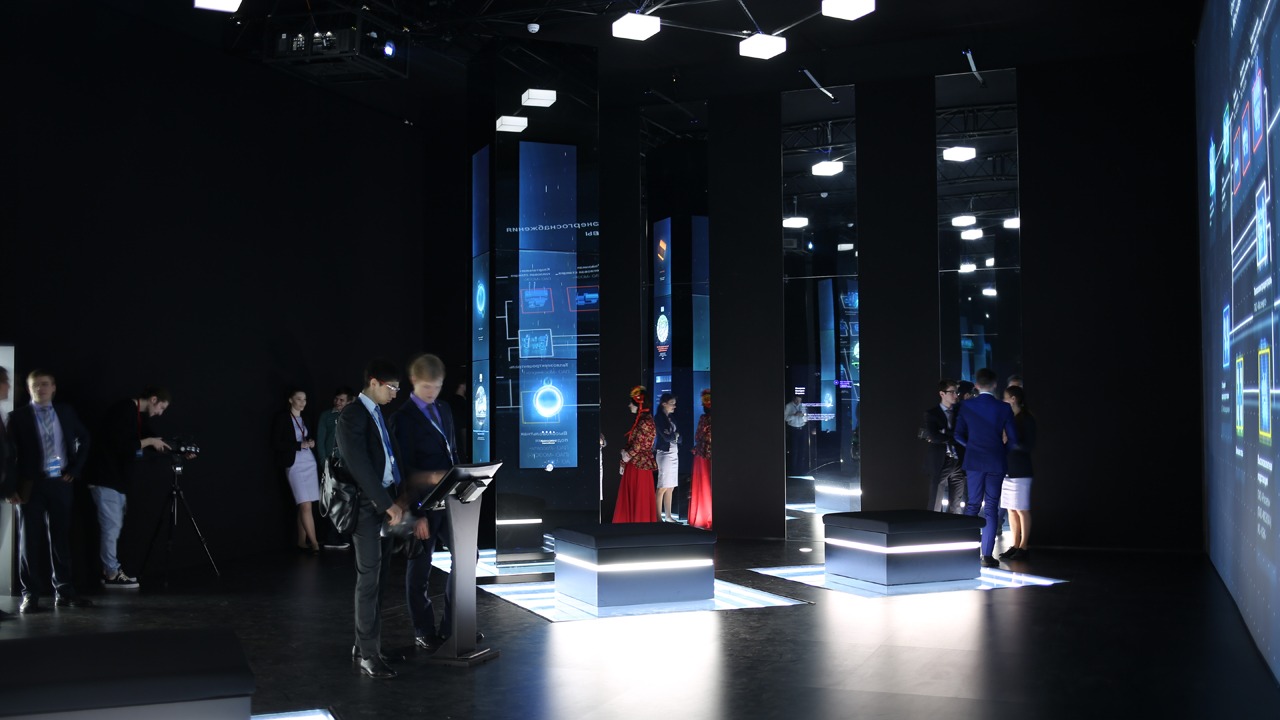