A stereotype says that all Indian parents want their children to become doctors. The first ever Jaipur Festival of Education, held in August 2017, proved that this myth couldn’t be further from the truth. During this three-day event, Gems Education along with the Government of Rajasthan demonstrated the many career paths that are open for Indian youth. Another goal was to showcase education technologies that can improve the learning experience in many different fields. The agency Eventagrate created all multimedia installations – for a large number of them, they used the Ventuz software suite.

In order to show the versatility of education technologies, Eventagrate covered a number of different school subjects. From natural science to literature and physical education, the Ventuz-powered setups proved that technological experiences can revolutionize the way in which information is communicated to children in the classroom. The technologies themselves were selected together with the company THOT.

Naturally, Eventagrate utilized the latest trend of virtual reality and created a VR experience that allowed children to navigate through our solar system. The VR controllers could be used to pick out individual planets, and a voiceover was triggered and gave in-depth information on the selected object.

The power of the mind was demonstrated with the Mind Battle Game. Eventagrate integrated a sensor for brain activity, Neurosky, a device that is frequently used in medical environments. Two children were placed on opposite sides of a media table. Each had a virtual starship fleet – the goal was to defeat the opponent. This was achieved through concentration – the more a child focused on its own fleet, the faster the ships moved forward. Eventagrate used a mobile app which translated the data from the brain sensor devices into information that could be streamed into the Ventuz project.

Physical education was covered by the Running Wall. It allowed children to race against an animal which was depicted on an LED wall. By showing the actual speed of the animal, children were not only tempted to move, but also learned about a few things about biology. A more musical approach was offered by a touchscreen installation. It translated the tapping on different colors into notes and played it back as music.

The event was a great success and covered in a large number of media outlets. “This is the first job we supervised from our newly established Indian subsidiary MVRLAB”, explained Ruslan Karimov of Eventagrate. “With over 40,000 children who attended the event, we are sure that we could establish a few ideas about the future of education technologies that improve learning and are fun at the same time. And hopefully, we were able to plant a seed in some child’s brain about their future career or skills they would like to develop.” 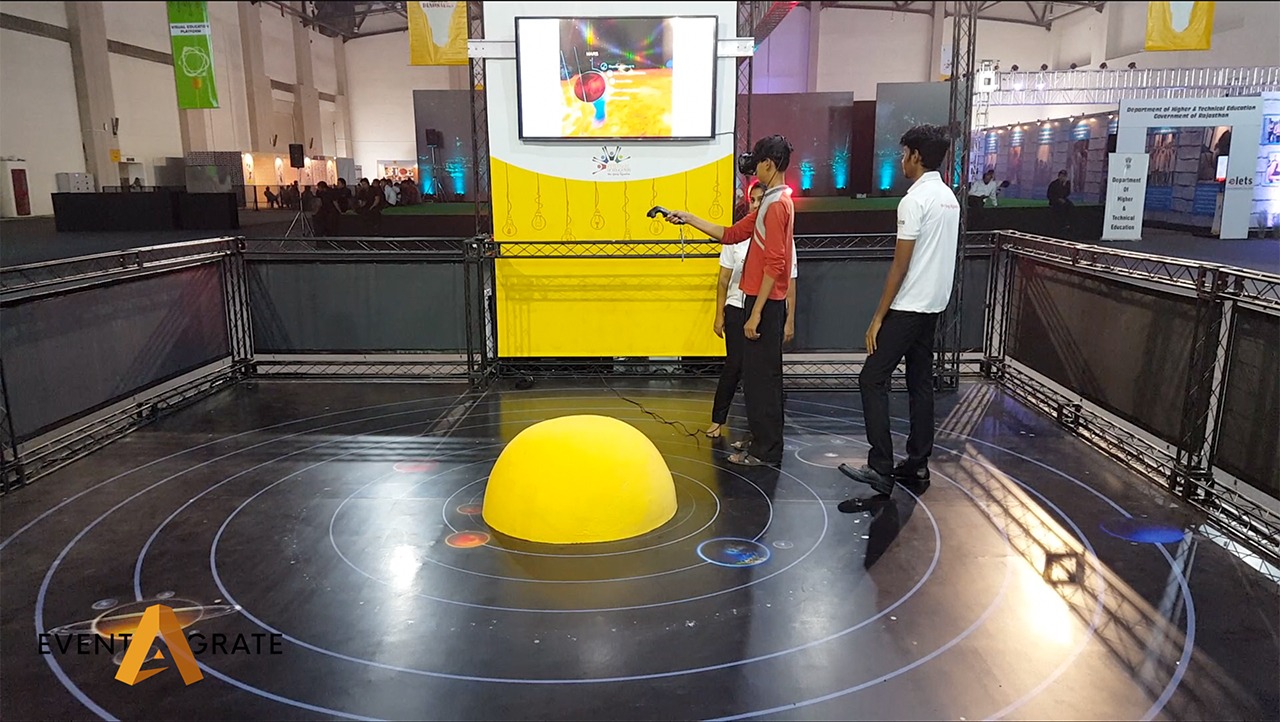 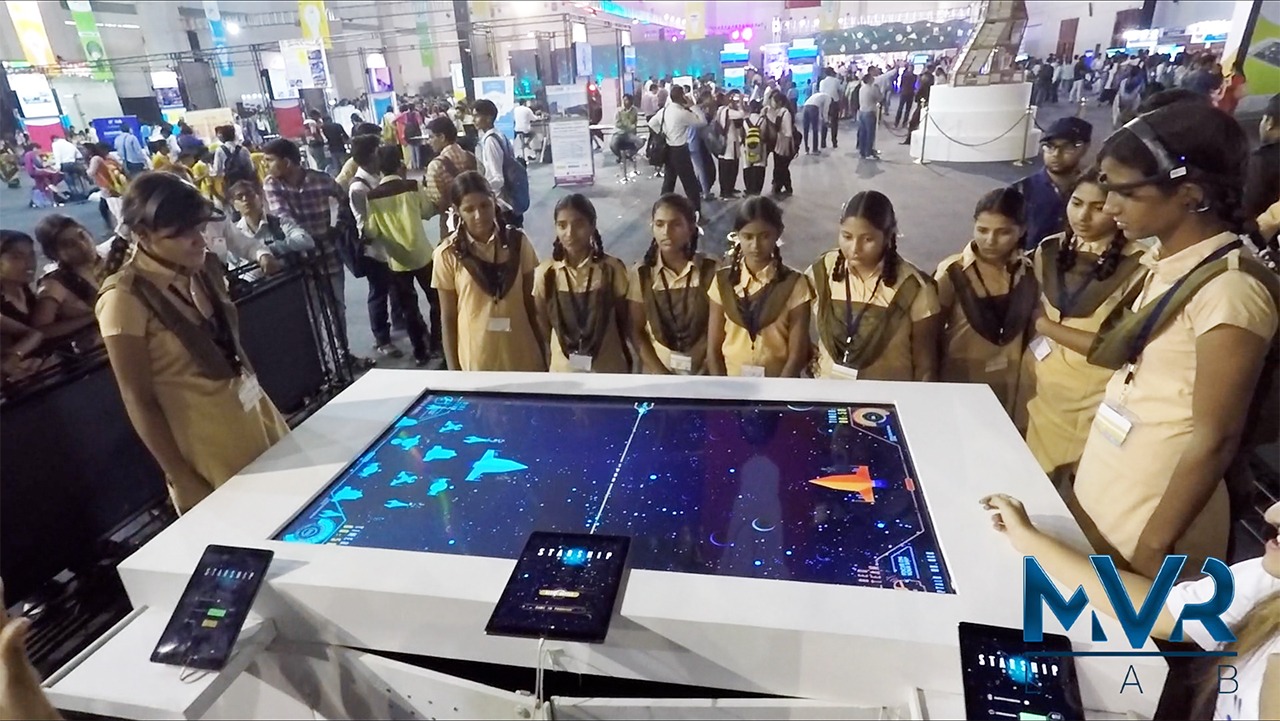 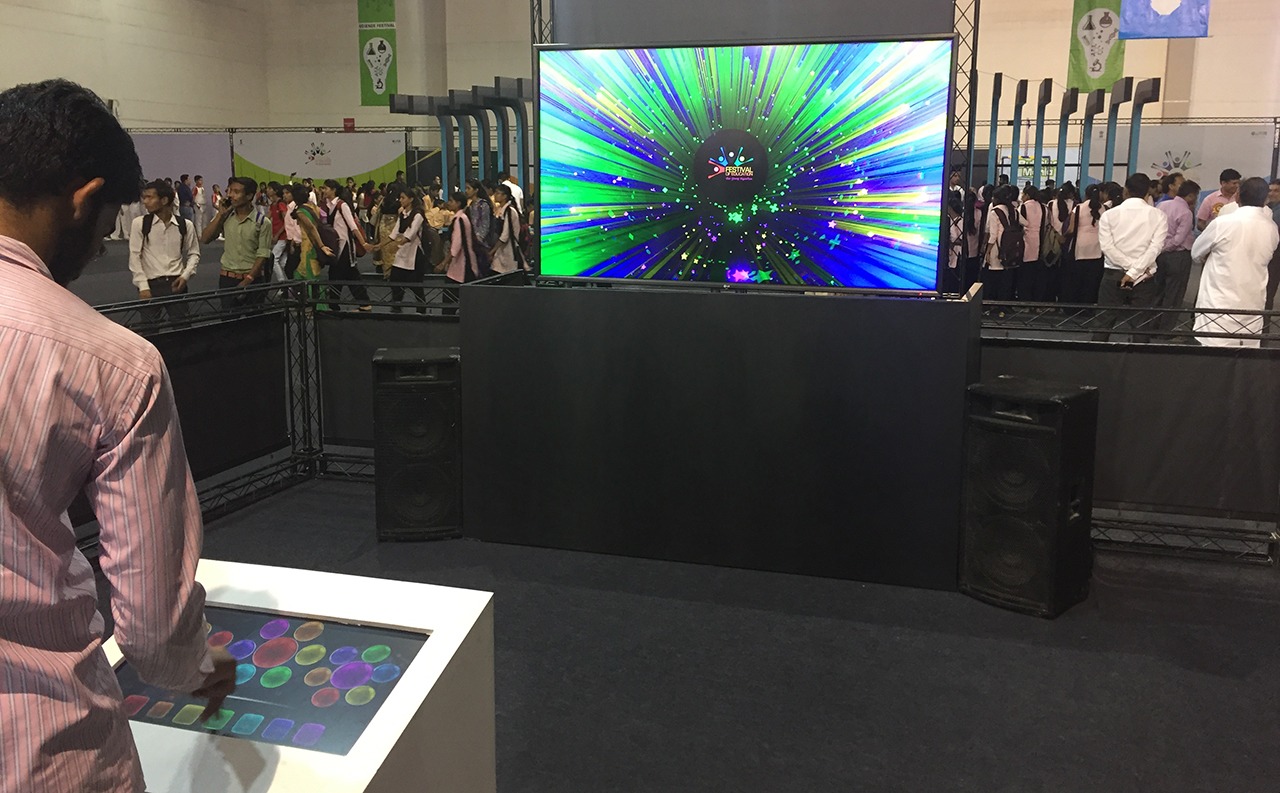