Even in our digital world, where everyone believes to have seen everything, there are still ways to render an audience speechless. Those who come up with these innovative ideas are companies that leave enough room for creativity, allowing their employees to play around. One such company is PRG Lab, creator of unique interactive technology solutions and inventor of the Selfie Jump. (To find out more about PRG Lab, read the artist interview we did with their head Daniel Hoelscher.)

One of their recent endeavors was for Agco, an international provider and distributor of agricultural equipment, who needed a custom solution for their booth at SIMA 2017. The goal was to introduce and explain a groundbreaking solution called FUSE, which combines a large number of software and hardware solutions for agriculture and delivers the data into the cloud. With the help of FUSE, farmers are able to log, evaluate and manage their work using a complex network of sensory data, GPS and automation. A highly sophisticated topic, which PRG Lab was commissioned to put into an installation that should, as the customer asked, combine high-tech with low-tech.

What Creative Director Daniel Hoelscher and his team came up with was an interactive wooden panel that showed an illustrated panorama of all the different scenarios in which FUSE comes into operation. From sowing to harvest to storage, the entire crop cycle was depicted with printed icons surrounding the FUSE logo as the central element. As a second layer, Ventuz graphics in plain white were projected onto the wood. Upon touching the icons, Ventuz would dynamically depict the many scenarios in which FUSE helps the farmer with his work.

The wooden wall was made interactive by a fairly new technology: conductive ink. “I had read about this technology on the web”, said Daniel Hoelscher, “and instantly ordered a can to try it. And when this project came to us, the ink turned out to be the perfect solution.” Conductive ink extends an electro-magnetic field around the area where it is applied. When a human body approaches this field, it changes its conductivity. With a micro controller attached to the ink and a Raspberry Pi to translate the data into OSC, these inputs can be easily forwarded into a Ventuz scene and interpreted as touch signals. PRG used the ink to trace the printed icons not on the front, but on the back of the wall. This allowed for a smoother touch experience.

The result was quite astonishing. With the wooden wall and the static icons printed in black, a white glow effect from the Ventuz system invited the visitor to interact with the installation. Upon touch, details of the FUSE system and the connections between the different phases of the crop cycle were revealed. A special challenge was posed by the complexity of the content. FUSE is an intricate system that interconnects a vast number of individual technologies in different ways. “The logic behind the scene was enormous”, explained Daniel. “The animations had to adapt to where the customer was coming from, what he had already seen and may have switched on or off.”

In terms of design, PRG utilized a 2D sketch & toon look for the entire applications to underline its playful character. Nonetheless, all assets were designed in Cinema 4D as 3D objects. Daniel clarified: “What sounds like overkill at first was actually a timesaver for us. Whenever the perspective of an object had to change, we didn’t have to create an entirely new illustration. Instead we just went back into C4D, rotated the object and rendered it out with a sketch & toon shader.”

As a US-American business exhibiting in France, Agco made sure to accommodate as many visitors as possible by offering the application in both French and English. For this purpose, PRG integrated an excel file with all text elements. This also offered the opportunity to make last minute changes to the copy on site. The real-time nature of Ventuz was once again a cause for excitement with the customer, especially in the concept phase where PRG was able to implement changes during the briefings.

Agco was more than satisfied with the outcome and has used the application several times since its introduction at SIMA. “The wall is fairly easy to set up and only needs about an hour of adjustment on site which includes final positioning of the assets in Ventuz and determining the signal thresholds of the conductive ink.” This technology offers the innovative possibility to apply interactivity to any non-conductive surface. Indeed, PRG Lab has already used the conductive ink at another project. “We are very excited to explore the many ways in which we can use it”, said Daniel. “The open nature of Ventuz in terms of data input makes it a potent partner for any new technology and really helps us when we want to push our own boundaries. As a team of innovators, we are glad to have Ventuz on board.” 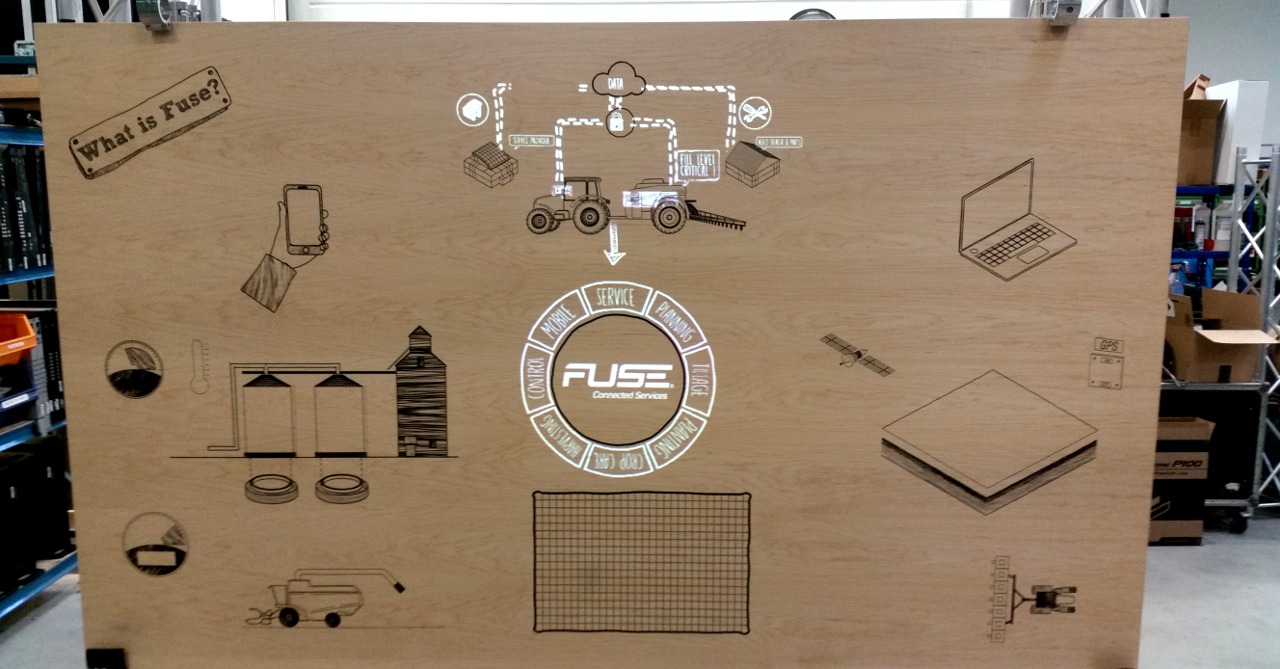 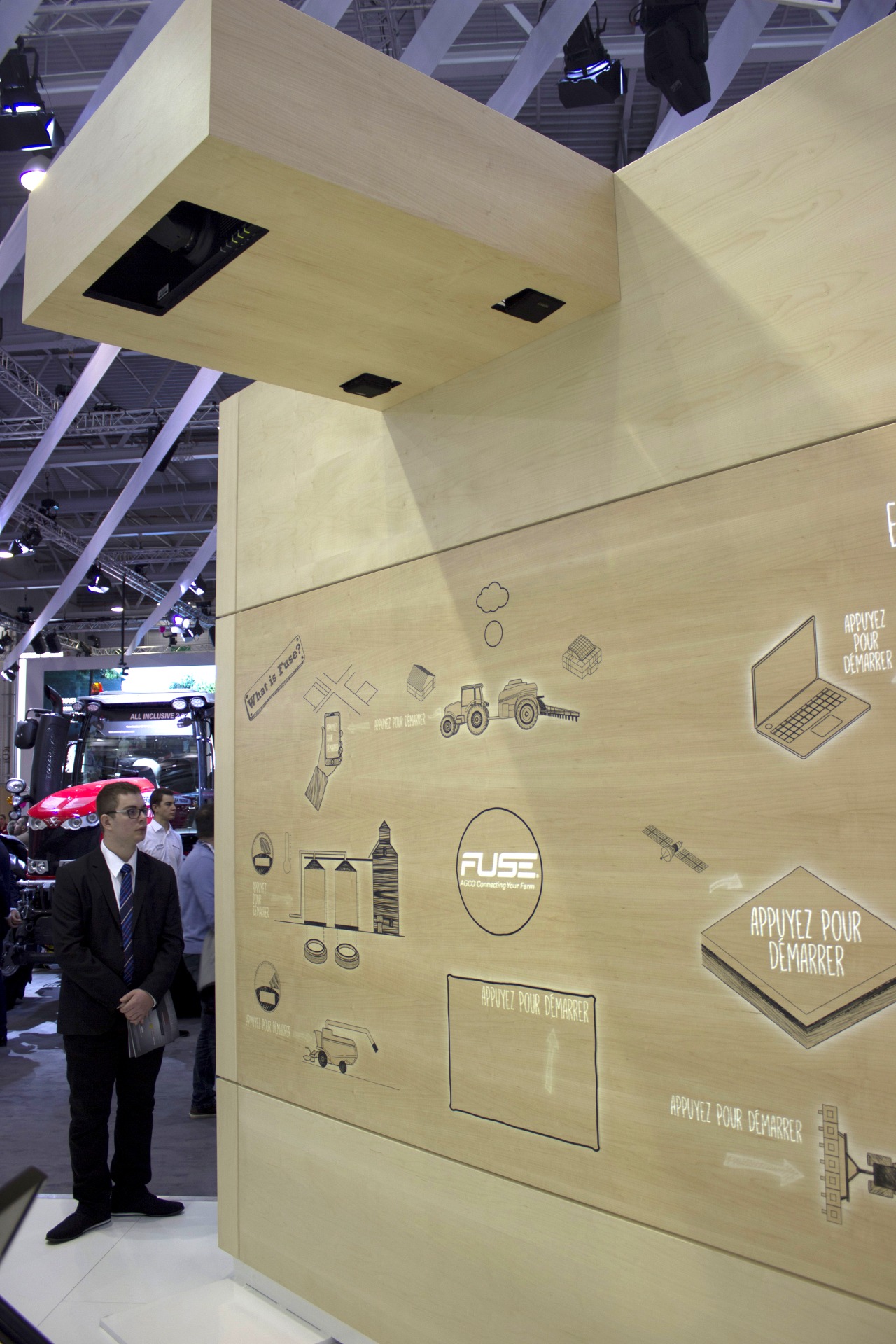 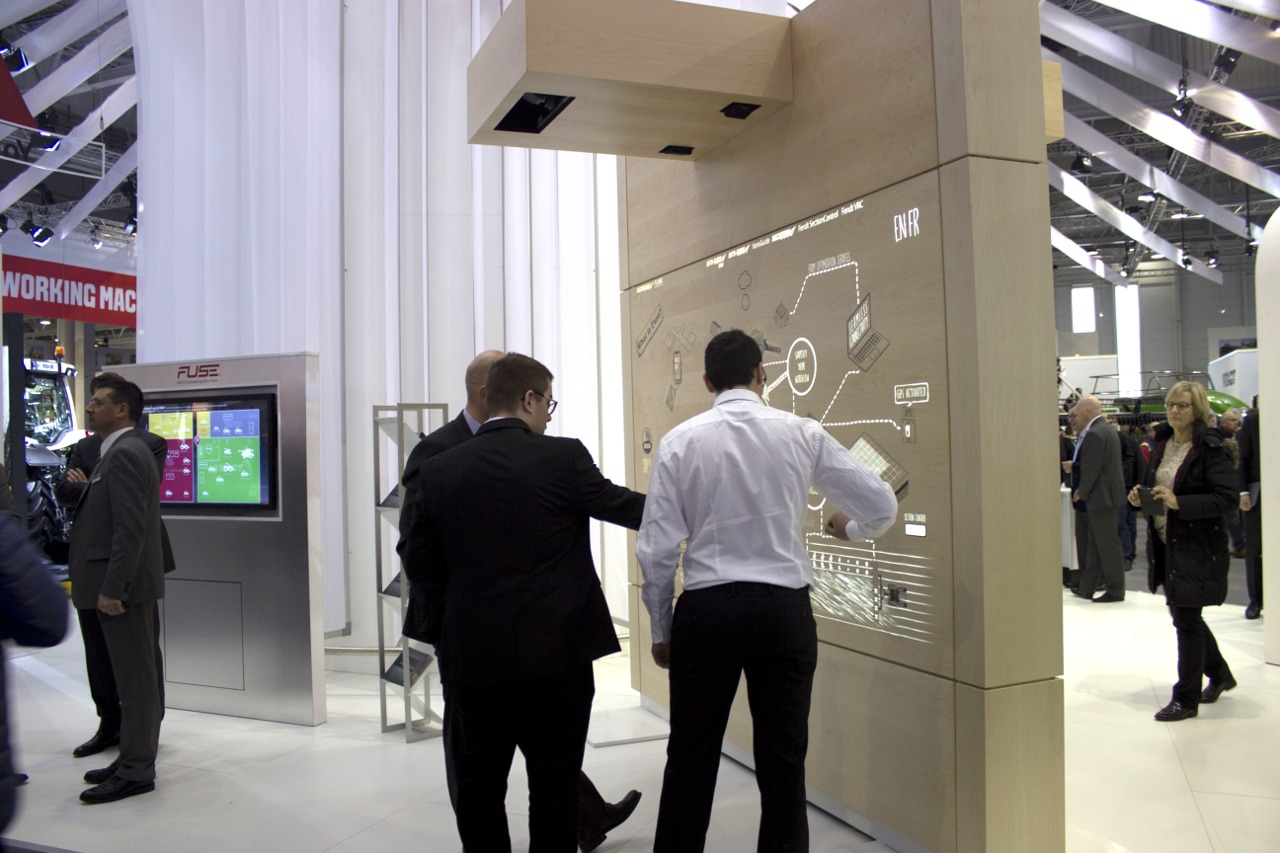 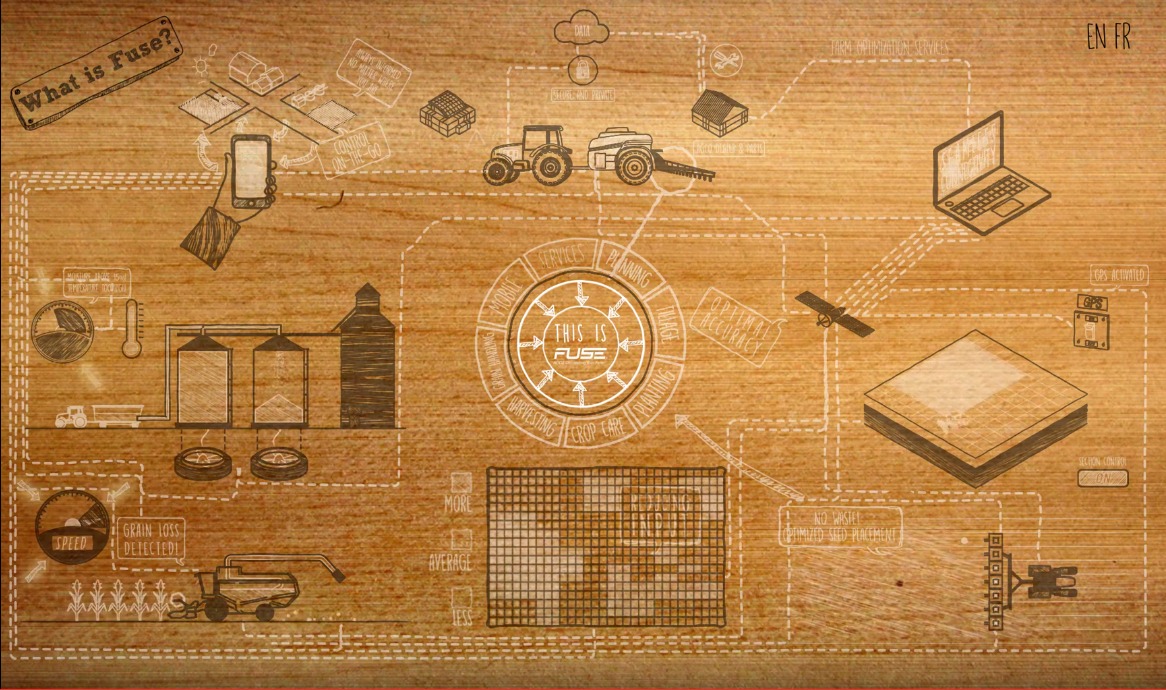