The recently launched channel RTL Plus concentrates on bringing back classic TV shows, movies and game shows from the 80s and 90s. After its launch on June 4th, the channel started the live-to-tape productions of four major game show darlings: Wheel of Fortune, Jeopardy, Ruck Zuck (a show much like Bruce Forsyth’s Hot Streak), and Family Fortunes. Our customer Cliparts.de provided all game show logic and graphics using the Ventuz software suite.

A total of 240 episodes was recorded over a period of 60 production days. Using the same set and changing only the periphery for each show, Cliparts.DE relied one stock of Ventuz machines for all formats. Although the traditional feel of the game shows was to be kept alive, a few adjustments to modern technology were happily implemented, such as touch screen technology. Cliparts.DE have used Ventuz for all game logic and on-air as well as in-studio graphics, calling it the best solution for productions that require a diversity in setups and fast adaptations. “In the tight schedule we were given in preparation as well as during production, when we needed to record four episodes per day, Ventuz proved to be a real life saver”, explained Andreas Heinrich, CEO of Cliprts.DE. “Not only are we able to create content and setups really quickly, but Ventuz is also absolutely reliable even in challenging situation such as this.”

Jeopardy and Family Fortunes premiered on September 5th, resulting in a doubling of viewers for RTL Plus. A similar effect is expected for autumn, when Ruck Zuck and Wheel of Fortune will go on-air on the 17th The success of the game shows has also prompted the mother channel RTL to air selected episodes of the shows in its Saturday program. 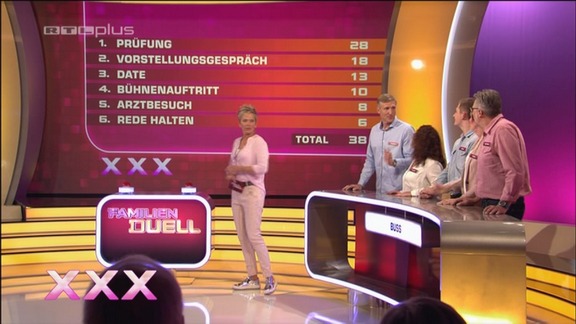 Cycling for Watts
Scroll to top