When we think of superlatives, we think of Dubai. The tallest building in the world, the largest mass of man-made islands, luxury and innovation – there might be no other place in the world, where the concentration of greatness is as dense as here. No wonder then, that some of the finest and most impressive events can be found in the Emirate. From the Dubai Film Festival to the Arab Media Forum and Dubai Lynx, these festivities are visited and sometimes even hosted by royalty. And for them, the best is just good enough.

For a few years now, many of these award shows have featured Ventuz presentations by the company Eventagrate. Founded in 2010 by Ruslan Karimov and Miguel Galvao, Eventagrate first concentrated on app development before starting to work with Ventuz in 2013. “We came in contact with Ventuz over touch applications that had been done by other agencies”, said Ruslan. “The graphical quality was amazing and we wanted to know which tool had been used.” It didn’t take long until they were given the opportunity to test the software in a professional environment. Within only a month of learning Ventuz, Eventagrate had to realize their first project. “Although we found Ventuz very easy to operate even for non-programmers like myself, we regularly bring in a professional trainer to keep us up to date with new releases and to bring our new staff members up to speed”, explained Ruslan. “With Ventuz, we were able to operate 3D much faster and react flexibly to our client’s wishes. When they saw these advantages, we quickly became a go-to supplier in the market.”

During the past decade, events in Dubai have become larger and more sophisticated in terms of setup and technology. Projection surfaces span over enormous stages, sometimes they include projection mapping elements, and the content features embedded live streams, dynamic data and loads of fancy graphics. And the market is crazy for anything new. Which is why every project requires a unique approach to content and technology – something that Eventagrate can easily provide due to their experience and the software tools at their disposal.

Ruslan sees the main reason for choosing Ventuz in the speed of production. Eventagrate’s pipeline for an award ceremony usually stretches over only a week, including three days on site for setup and testing. In Dubai, where production times are short and the pace is fast, this creates a crucial advantage. Ruslan remembers: “We were once contacted by an advertising agency who was struggling to find content for a 98 by 3 meter projection within a week. All other production houses had told them that it would take 1.5 weeks only to render the content for such an enormous projection. Thanks to Ventuz, we were able to help them out. That is the power of the real-time engine.”

The team relies heavily on the control tool Ventuz Director and strictly separates design templates from the customer’s content, such as text, numbers and other assets. This offers maximum flexibility while maintaining a stable system and simplifying the workflow for the entire team on site. While the complexity of the content with several parallel streams used to require a battery of machines with many operators who all needed to know their ques, Ventuz Director can manage the entire pixel space easily from one seat. This saves the showcaller a lot of headaches and reduces stress for the entire team.

Next to Ventuz Designer and Director operators, Eventagrate has a very capable technical team, which is why when asked about challenges, Ruslan replied: “Challenges don’t usually relate to the complexity of AV or graphics, but rather to some force majeure, like the sun is too bright so my AR sensors don’t work.” Upon which Ruslan recalled an episode of the project manager having to buy a basket full of umbrellas. Ingenuity is essential in all event productions.

Currently, Eventagrate is involved in eight award ceremony productions per year in Dubai. Next to these shows, the agency also develops interactive applications for showrooms and exhibitions. Their newest endeavor: an office in India with a 1,500 square foot showroom, where the team hopes to revolutionize the local events and presentation market. 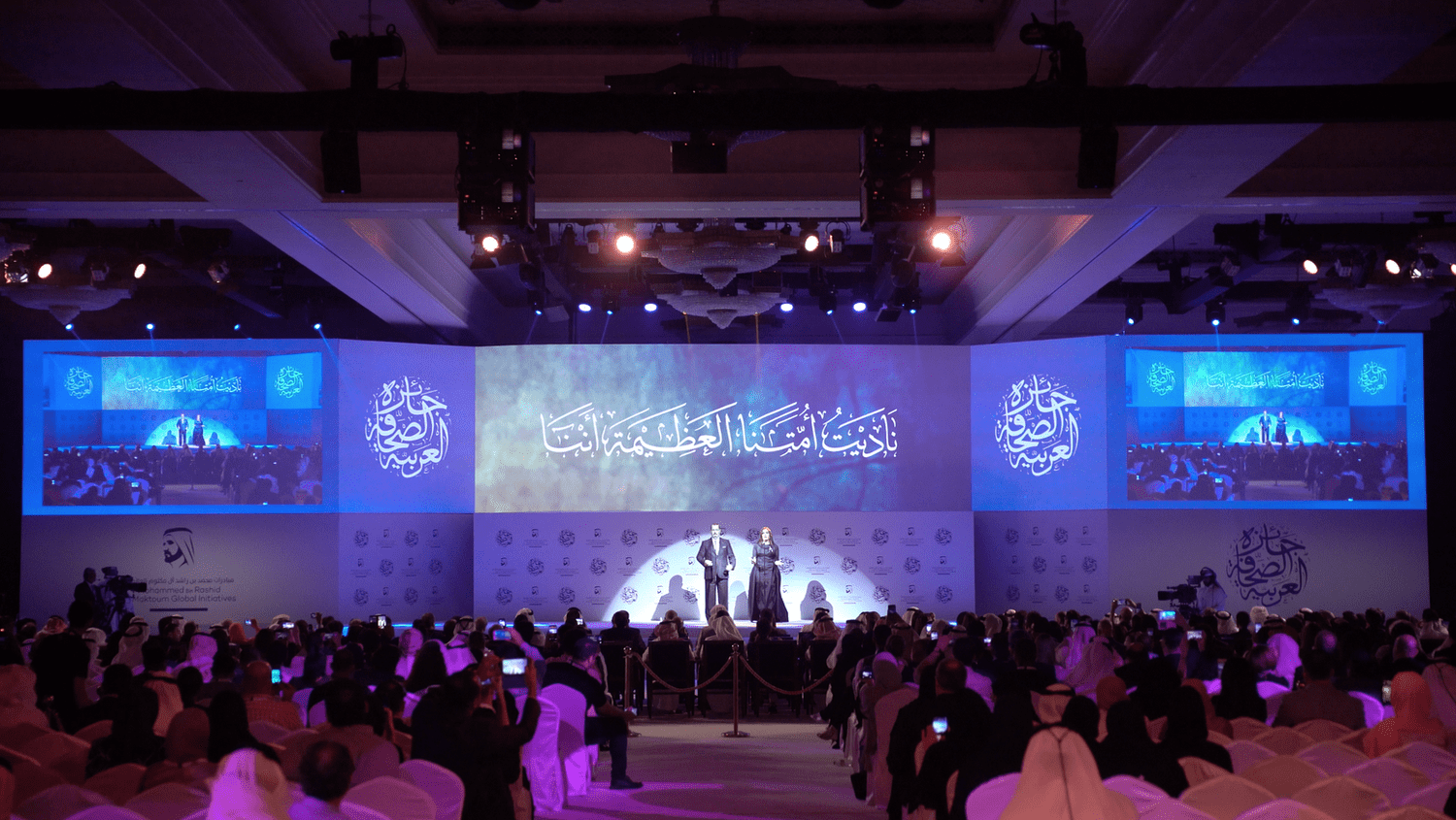 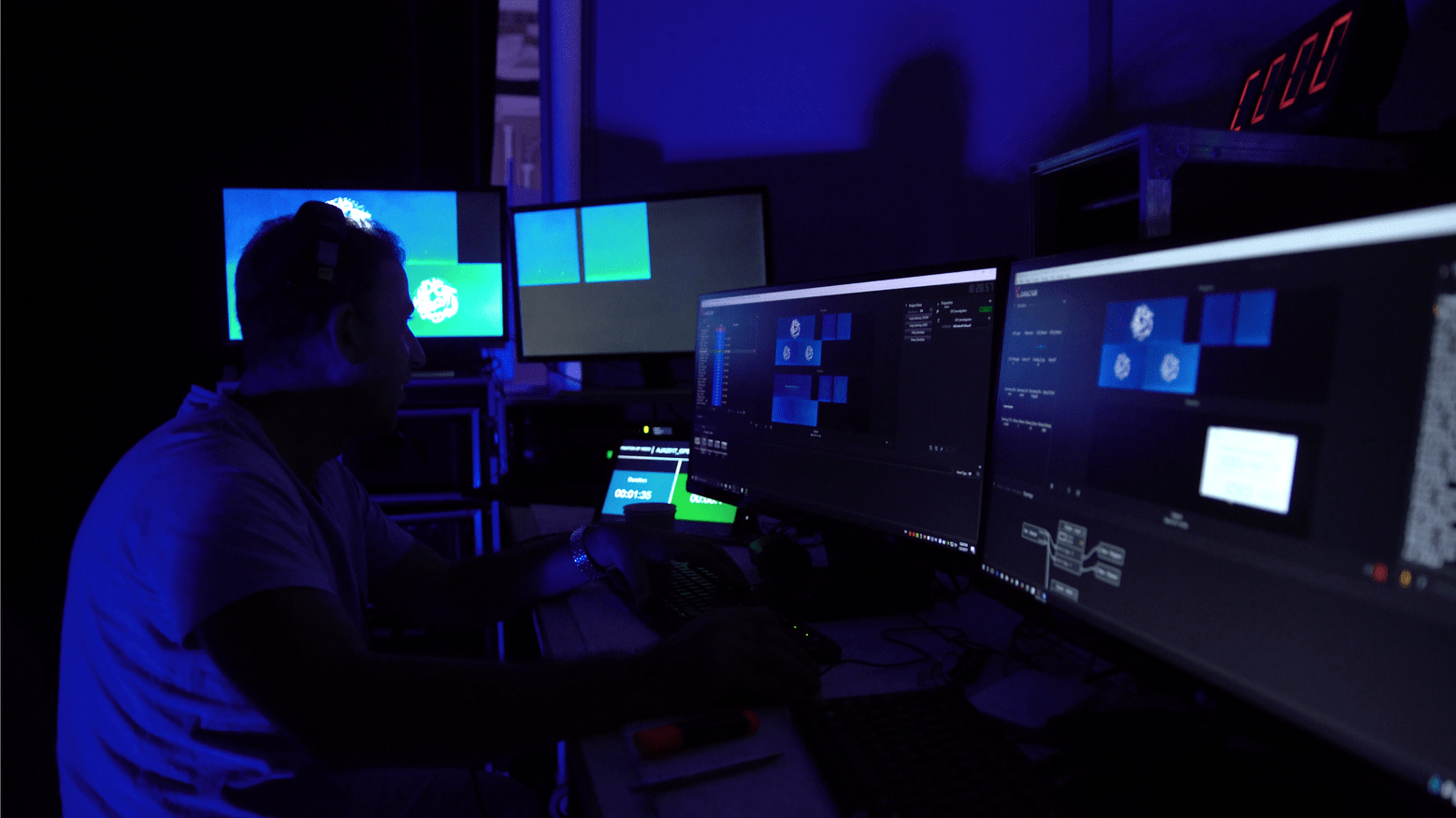 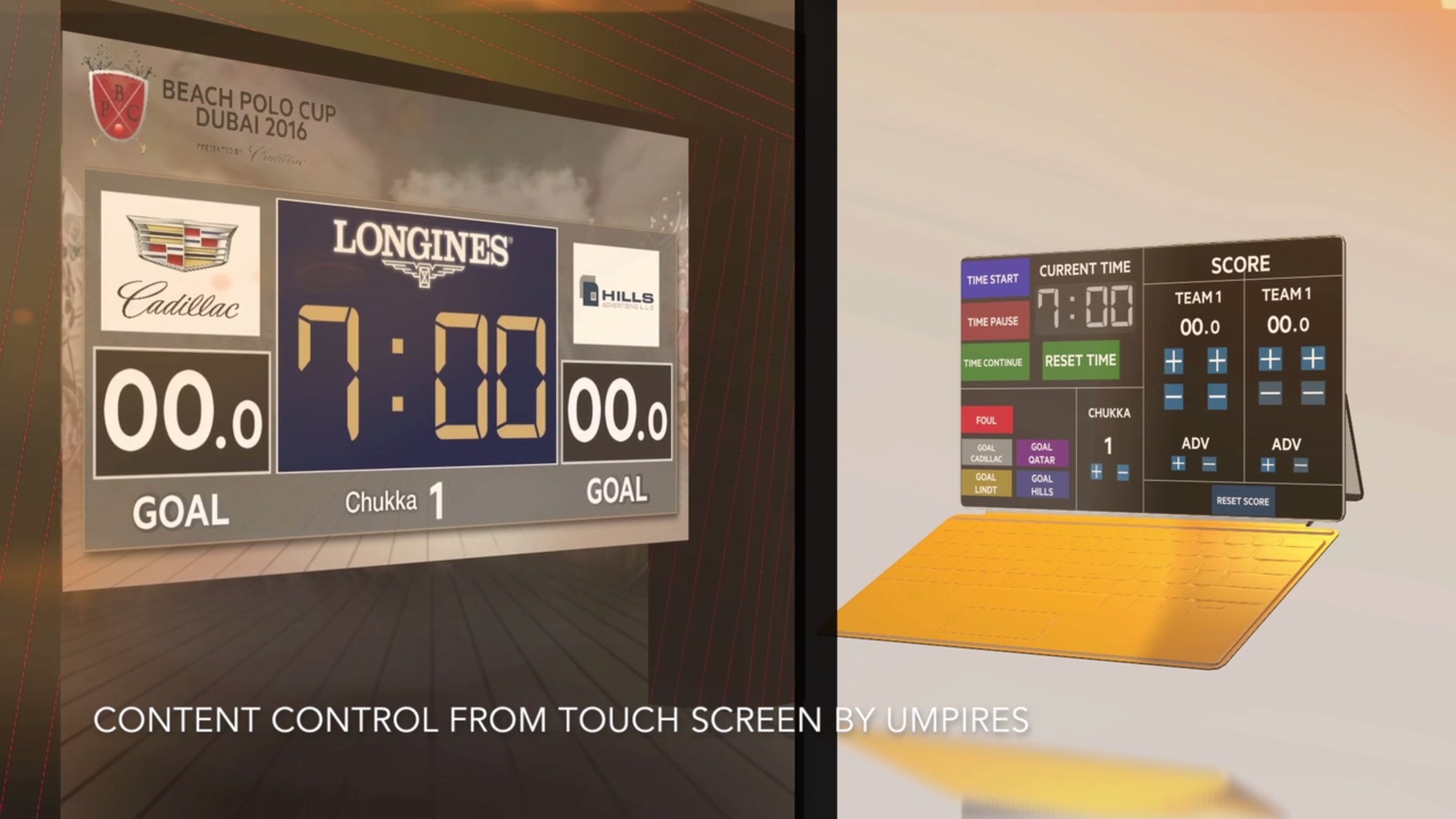 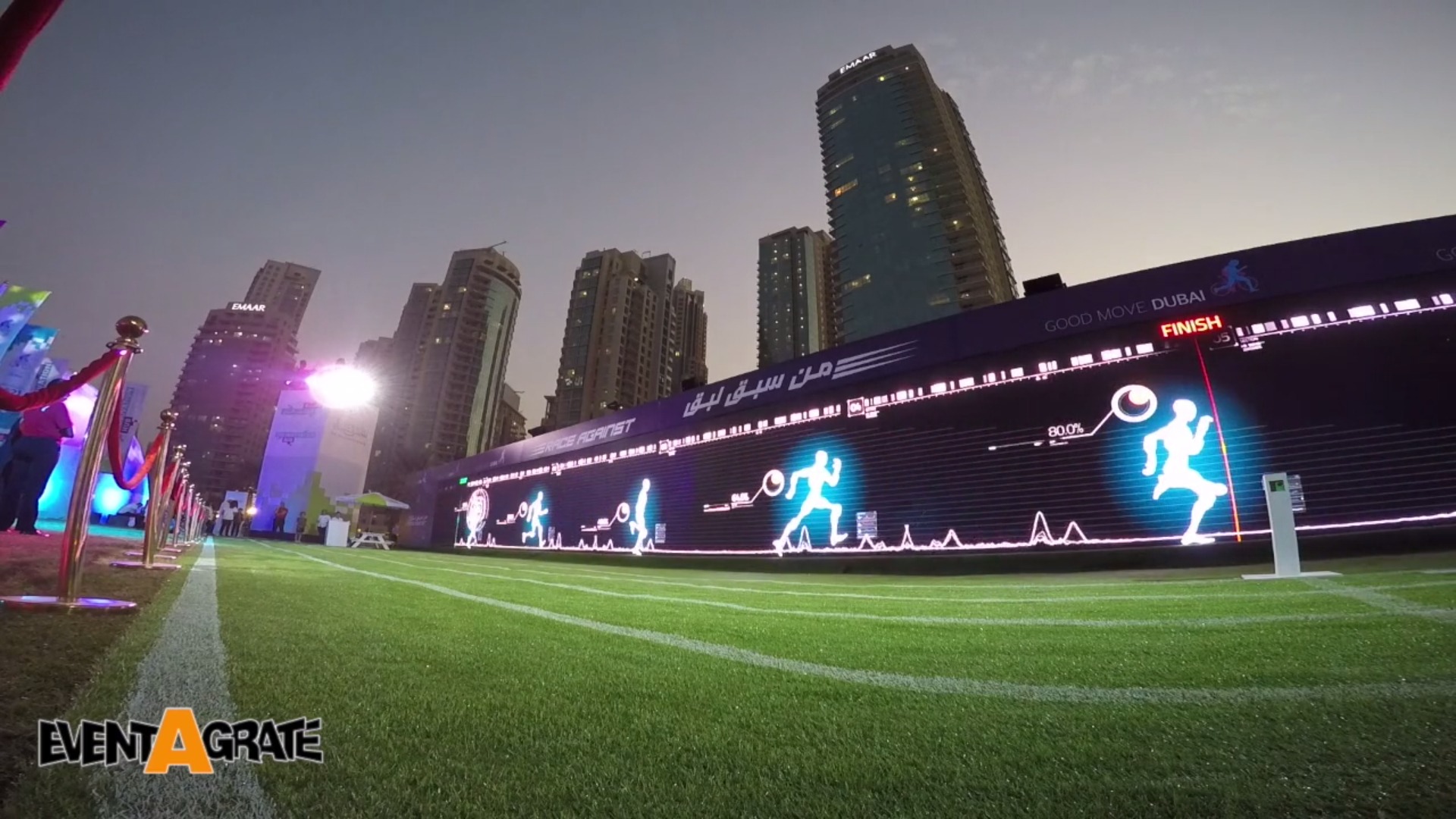 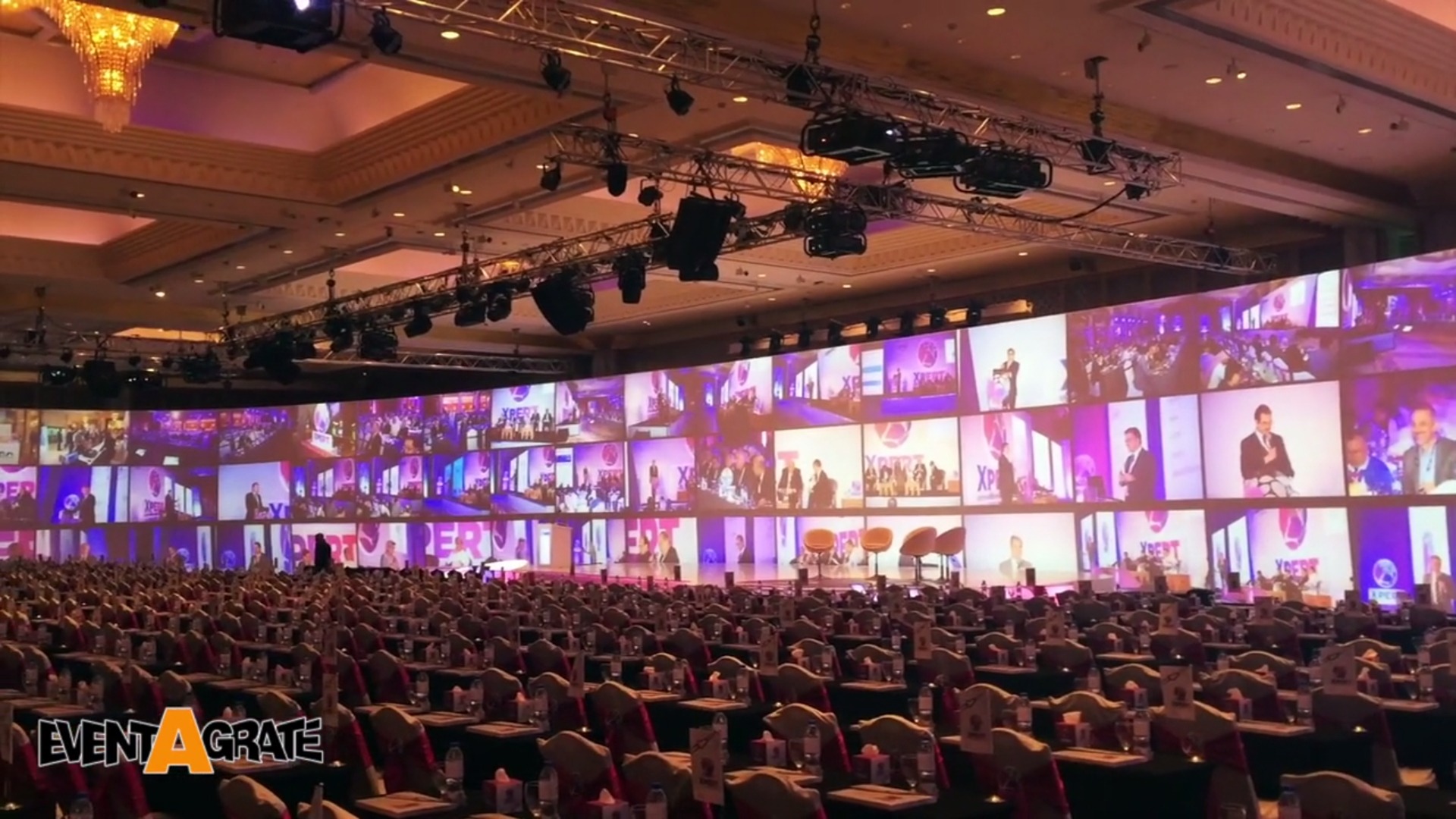