User Generated Content and Live Streaming are primary focus points of the internet industry today. New apps are springing up left and right, and companies are coming up with ever more creative ideas to stand out from their competition. In China, the social media app Momo is now utilizing a Ventuz powered data visualization in their live studio. Agency Tunnytech was responsible for this installation.

With over 100 million monthly active users, Momo is one of the most popular social media apps in China. The Live Show is broadcast five days per week during prime time hours on the Momo app. It features one or two hosts showing their specific talent and – in the case of two participants – compete against each other for the audience’s favor. Viewers can cast their votes by awarding gifts in the form of virtual stars, cars, rockets, boats, and more.

The scores are displayed on two large LED walls in the studio. Ventuz receives the data directly from a database and uses it to calculate the according graphics in real-time. Each vote is visualized individually and accompanied by the voter’s profile picture, which offers exposure for the audience and increases retention times. Whenever an especially valuable gift is given or one of the participants meets a certain number of gifts, special animations are triggered as a form of celebration.

In the Momo studio, Tunnytech utilizes one Ventuz Director machine to manage all data and control both Ventuz Runtimes for the video walls. The show’s producer also has an iPad which can be used to make alterations to the content in real-time, such as switching between different scenes depending on the current storytelling needs.

The installation has been successfully running for over six months and is continuously updated with new features and functionalities. With the help of Ventuz and Tunnytech, Momo can ensure to bring meaningful and highly entertaining content to their growing audience. 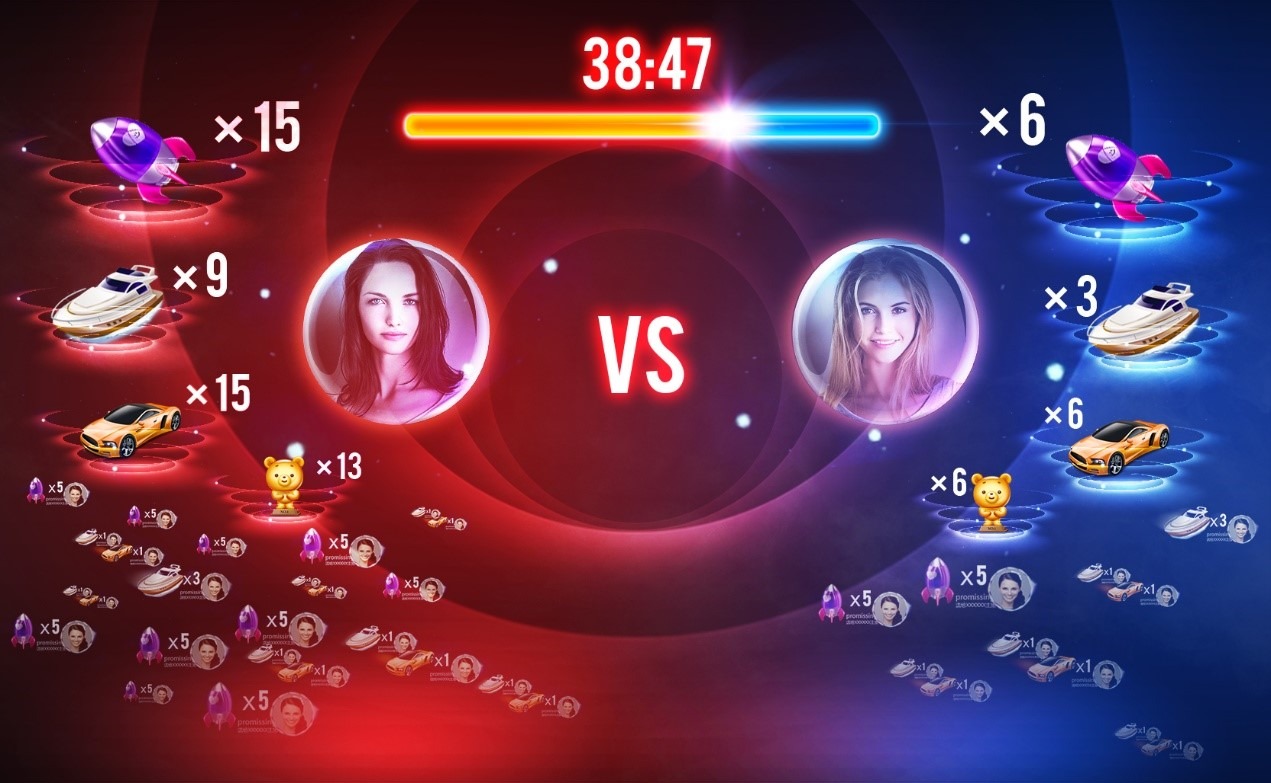 A Medieval Monument Replicated in Real-Time
Scroll to top