Maincast uses Ventuz to broadcast the emotion of eSport tournaments

Maincast is a leading European company specialized in eSports content production and live broadcasting of DOTA 2 (Defense of the Ancients 2), Counter-Strike: Global Offensive, FIFA, Overwatch and other competitive games. Maincast is the official ESL representative in Eastern Europe and obtain exclusive media rights for over 75% of top-tier events in DOTA 2 and CS:GO.

Recently Maincast faced the need to update their overlay system entirely. The requirements were as follows: 3D space, support of various data transfer protocols for receiving and parsing in-game statistics, ease of creating motion graphics for the overlay, as well as the ability to customize an overlay system controller.
“Maincast has always been keeping up with cutting edge technologies not only in broadcasting, but also researching data visualization tools, used elsewhere. It is important for us to be ahead of the curve in our industry. In addition, we stick to the principle that the tech we choose should not only be reliable and functional, but also sustainable and cost-effective for the business”, stated Alexander Alexandrov, Software Architect at Maincast.

Unreal Engine is one of the most popular game engines in the world, which has proven its potential far beyond the video gaming industry.

Thus, Maincast wanted to try and rebuild their in-house products, using UE, and it was a real surprise for them how quickly one can create a truly eye-catching environment. Furthermore, these tools were easy to learn, contain a vast collection of assets for creating content, and were convenient for both artists and developers.
While Unreal Engine is a powerful real-time solution, it didn’t meet all of the requirements for this deployment. Therefore, the Maincast team came to the conclusion that it would be great to use Unreal Engine for creating 3D environments, while the overlay system and its controls should be implemented via third-party software.

In the fall of 2020 Maincast joined the Ventuz beta testing program, and began working with the Engine to Engine integration development created by Ventuz.

Even though it was an early alpha build, Maincast artists and developers were extremely satisfied with its performance. “We saw the huge potential in Ventuz, and since its integration met all our requirements, we proceeded to create a prototype. After several months of development, we concluded that Ventuz was an excellent tool that did not limit our creativity, so we implemented it in the overlay system for the ONE Esports Singapore Major 2021, a top-tier esports tournament in DOTA 2, which took place between Mar 27 – Apr 4, 2021. The feedback from our viewers, regarding the updated overlay visuals, was generally positive”, commented Alexandrov.

“We congratulate Ventuz on the public release of their integration with Unreal Engine and will continue to use this product, pushing it to new creative heights. Stay tuned!” 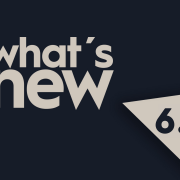 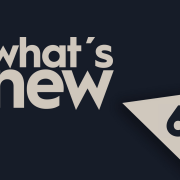 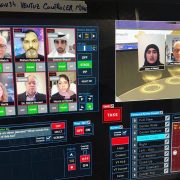 “Waal van Woorden” – a river made of words
Scroll to top