On November 11th, the Chinese shopping giant Alibaba held its seventh annual Shopping Festival Day. First launched in 2009, this event invites people from all over the world to visit the Alibaba website and mobile apps to participate in a global shopping spree with phenomenal sales and benefits. This year, Alibaba predicted that over 40,000 merchants and 30,000 brands from 25 countries would take part.

The most important part of this event is, of course, the gross merchandise volume – not only for Alibaba, but also for media organizations. To make their experience especially pleasant, Alibaba created a press room at the Water Cube in Beijing. It featured a massive video wall installation created by our Chinese subsidiary Ventuz China. With a size of 21 by 10 meters and a resolution of 5376 by 2560 pixels, the wall showed all sales figures in real-time over the entire period of the Shopping Festival.

An army of 50 computers was set up to calculate all data which was streamed live into the venue from the Alibaba headquarters. Via a simple JSON script, this data was brought into Ventuz and implemented into high-end graphics and animations. Every time a new record or landmark was reached, the screen featured a fancy animation and displayed the new numbers. Some of these records were quite astounding: The company saw a gross merchandise volume of 10 billion Yuan ($1.57 billion) in the first 12 minutes and 28 seconds of the Shopping Festival Day. After 24 hours, the total summed up to a massive 91.22 billion Yuan, marking an almost 60% increase in comparison to last year’s record.

The Annual Shopping festival is the most important day of the year for Alibaba, and a lot of prestige is attached to this event. Therefore, they required an installation that not only operated on the highest graphical standards, but also assured absolute stability over the long live period of about 40 hours. Ventuz performed outstandingly in this environment and added to an overall perfect shopping spree. 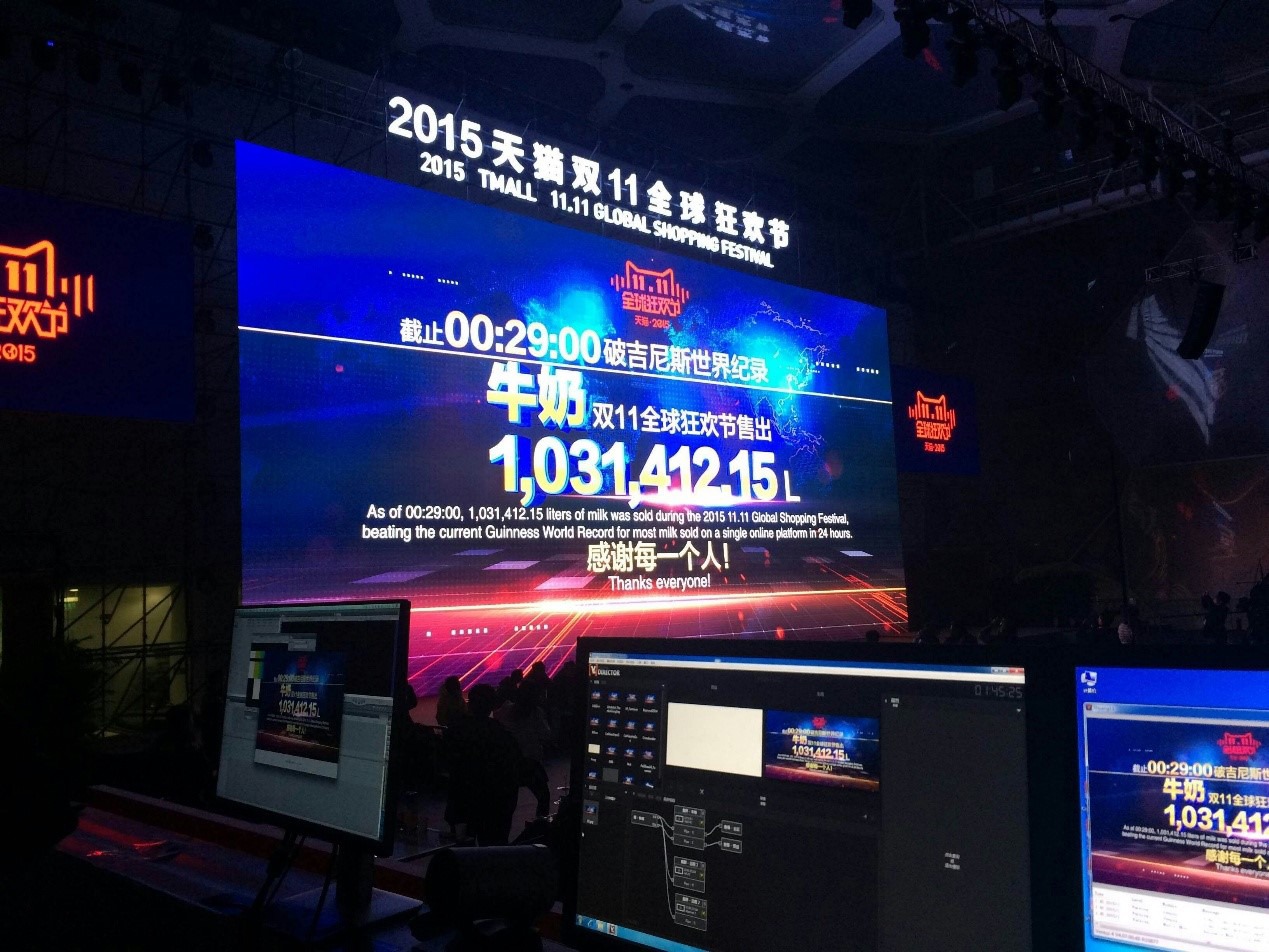